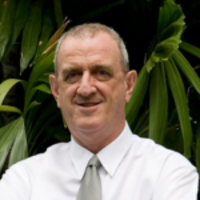 The group behind an organised attack on small businesses that sell products with halal certification has been forced to pull a flyer featuring a cow with a slit throat after a viewer complained to the Advertising Standards Board.

The flyers featured an image of a cow with its throat cut lying on a floor in a pool of blood with the text: “Halal slaughter cruelty. This Australian cow was fully conscious as its throat was slit.”

A short complaint was lodged with the ad watchdog by one recipient of the flyer, which said “showing a cow with its throat slit… Blood all over the ground … kids don’t need to see this.”

Restore Australia responded to the complaint by agreeing the flyer was intentionally graphic.

“We believe it needs to be graphic to attract attention and get the message across,” said Restore Australia in a response to the Advertising Standards Board.

“And as you have had only one complaint out of the 80,000 flyers we have already distributed, I think that speaks volumes, don’t you?”

But the Ad Standards Board decided the significant amount of blood and obvious trauma to the cow portrayed an act of violence.

“The board noted that the supporting text describes the process of slaughtering and that the words in connection with the image amount to a portrayal that is disturbing and would be alarming to most members of the community, especially children,” said the watchdog.

The board ruled the flyer breached the Advertising Standards Code as the graphic image did not portray violence in a manner that was justifiable and appropriate in the context of a ‘community awareness message’ promoted via a mailbox drop.

Speaking to SmartCompany this morning, Holt said Restore Australia had pulled the ad to redesign it but only because the group was “going to anyway”.

“It had outlived its purpose,” Holt says.

Holt says one complaint out of 80,000 should not have justified such a ruling.

“I think they were overreacting… It’s a bit ridiculous – there was only one complaint. If we’d wanted to keep it, we would have been a little upset,” he says.

“Part of the problem with groups like this publishing these campaigns is that a lot of people in Australia don’t understand halal,” says Wong.

“There is a lot of misconception about what it is for, why it exists and how it is done.”

Wong says his research shows all legal slaughter of animals in Australia – halal or not – is done with stunned animals.

“This sort of imagery is trying to evoke a reaction that ignores that any meat in Australia is killed the same way,” he adds.