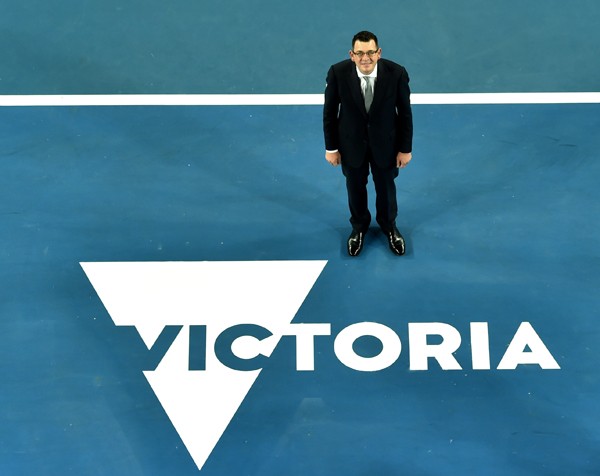 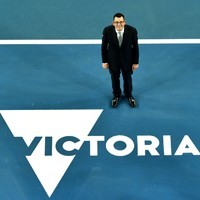 A small marketing and design agency in Melbourne has accused the Victorian government of ripping off its branding.

The logo, and its associated marketing campaign, was designed by Ogilvy Australia and cost around $20 million, according to Fairfax.

Dexter founded the business seven years ago and rebranded in August 2013 with a green and indigo colour scheme with a sharp diagonal line, similar to the background to the Victorian government’s new logo.

Indietech’s branding above, and the Victorian government’s version below.

The business now employees 10 people and its branding can be found on everything from business cards to letterheads and in-house training manuals.

Dexter says he has already been contacted by customers who are confused by the similarities between the Big V campaign and Indietech’s own branding.

“While we’re protected by copyright, this poses a large concern for a small to medium-sized agency,” Dexter says.

“It’s our reputation on the line. It’s had an immediate effect on us and the last thing we want to be is associated with the government. The diagonal line, the two colours – all they’ve done is obviously switch them around.”

Earlier this month, Coles was accused of attempting to mislead consumers because the packaging on its own brand of muesli bars was remarkably similar to popular brand Carman’s and last week the AFL apologised to an Adelaide-based designer after releasing promotional material that looked very similar to his work.

Dexter says copycat behaviour is something he warns his clients about all the time, but he is shocked it has happened to his own agency.

“We’re an independent business and it would send a bad message to the market if people thought we were in some way connected to the government as an agency,” he says.

Dexter would not say if he is currently seeking legal advice.

“We are considering our options,” he says.

SmartCompany contacted Ogilvy but did not receive a response prior to publication.