A screenshot from one of the YouFoodz ads.

Swearing, doping and religious figures sitting down to dinner: the Advertising Standards Board (ASB) received more than 6000 advertising complaints this year, with some of the most controversial ads of the year prompting outrage from audiences about vilification and public decency.

The standards board’s chief executive Fiona Jolly says 2017 saw the bureau process more complaints than in any other year, but one constant does remain among Australian viewers — they dislike bad language in advertising.

“Even more so if the advertisement depicts a child using the bad language,” Jolly said in a statement yesterday, reflecting on one of the most complained about ads of the year.

Betting and wagering companies and financial products providers feature heavily in this year’s top ten, with betting business Ned’s and insurers AAMI and iSelect all making the list.

UltraTune Australia has reclaimed its crown as most-complained about brand for 2017, with this year’s campaign garnering 359 complaints, compared with last year’s effort of 419.

Here are the top 10 most complained about Australian ads for 2017.

Complaints about objectification of women in this free-to-air ad were dismissed.

Hundreds of Australians complained about the use of the word “forkin'” by a boy impersonating Gordon Ramsay in this campaign. The complaints were upheld.

Youfoodz then updated the campaign to bleep out the word “forkin'”, but the new version generated more than 200 complaints.

More than 200 people complained after this Sportsbet campaign was accused of glorifying athletes who use illicit performance enhancing drugs. The complaints were upheld. 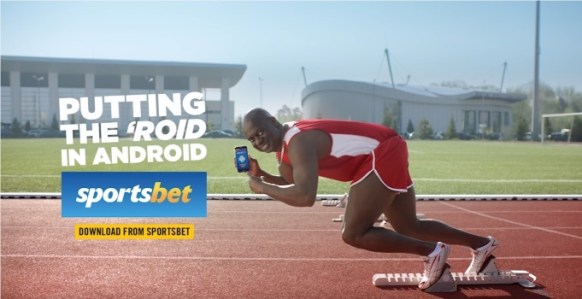 Viewers complained about a suite of ads for gambling site Ned’s this year. The version of the ad, in which a man takes a phone call from a telemarketer and leaves the dinner table in order to bet on his mobile while the telemarketer makes his pitch, was dismissed.

The most recent effort from Meat and Livestock Australia promoting the sale of lamb was heavily criticised for its portrayal of Ganesha, a deity who is said to be vegetarian.

The complaints were initially dismissed by the board, but this decision was overturned in November.

Complainants were concerned this version of a TV ad for Neds betting platform breached the advertising code in relation to wagering, because it showed construction workers not completing tasks because they were instead betting.

The standards board upheld the complaint and ordered the ad be changed.

This ad generated more than 100 complaints about portrayals of violence for showing a shadowy figure unlocking a hen house to let foxes inside. The concerns were dismissed by the board because it was found the community reasonably expects foxes are a threat to chickens.

Insurer AAMI outraged families with an ad that referenced “Ship Creek” this year, but claims the campaign encouraged swearing were dismissed.

Viewers though iSelect’s “Energy Partner Swap” campaign vilified people on the basis of age and gender for its depiction of a woman flicking on and off a light switch, with each shot showing a different partner in her bed.

The board dismissed the complaints.

If you don’t like the ad, don’t but the product! Easy!!