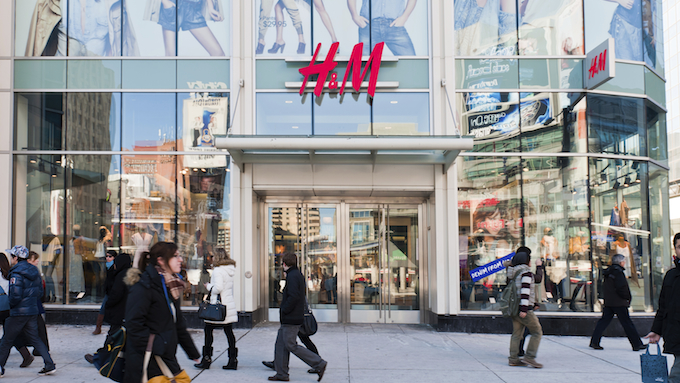 Retail brand H&M is in hot water over a branding campaign once again, having been accused of using a Melbourne musician’s intellectual property in a social media post without his permission.

On Tuesday H&M uploaded a post to Instagram showcasing the history behind blue jeans. Many social media users commented on the post, asking if they could get the name of the song played in the advertisement.

H&M replied to many of the comments saying the music does not have a name because it was specifically produced for them.

However, it was later claimed the song, actually titled ‘Bamboo’, is produced by Melbourne-based artist Mike Katz, who produces under the moniker Harvey Sutherland.

Sutherland commented on the H&M post saying the music was his and was being used without his express permission or attribution. Katz also happens to an entertainment lawyer who reached out to H&M on social media to arrange some kind of licensing agreement.

In a statement provided to SmartCompany, H&M have said “we apologise and have now removed content featuring the music from all of our social media accounts. We are also in direct contact with the artist”.

The Swedish fashion brand has caught up in multiple branding controversies over the past three years, with one recent advertisement featuring a black child model wearing a jumper that said “coolest monkey in the jungle”.

The campaign led to widespread backlash and Canadian musician The Weeknd ending a partnership with the fashion brand.

woke up this morning shocked and embarrassed by this photo. i’m deeply offended and will not be working with @hm anymore… pic.twitter.com/P3023iYzAb

In 2015, the ABC reported H&M justified their decision to not feature black models in their South African stores by saying they wanted “to convey a positive message”.

Founder of Good Things Marketing Helen Ahrens says there are two possibilities for how Katz’s music could have ended up in the H&M advertisement.

“Being a big company, it could have been the case of someone putting out an order to develop a piece of music, and someone delivering something [and then] the team signed off, unaware its was a duplicate,” she says.

“The second possibility is they knew they were doing something naughty and thought they could get away with it, which hopefully isn’t the case.”

While Ahrens believes H&M will most likely bounce back from this situation she says steps need to be taken to ensure this doesn’t happen again,  given the brand has been swept up in marketing controversies in the past.

“We have a social responsibility that if we do something that damages a certain group or person, we should put a policy that prevent sit from happening again,” she says.

As a youth-oriented brand, Ahrens says H&M need to be particularly cautious of the increasingly brand-aware audience: in particular, younger consumers who are beginning to make more informed choices on who they support based on factors like ethical production and social responsibility.

For brands who do take a step in the wrong direction with marketing campaigns, Ahrens believes remedies could include making a financial contribution to an area that combats a relevant social issue, or allowing a team to take a day off to work in a not-for-profit that raises awareness.

“They will recover, but consumers are be increasingly savvy, they do care about the social bottom line — particularly the millennial audience.”

The songwriter/artist is also an entertainment lawyer…oops.