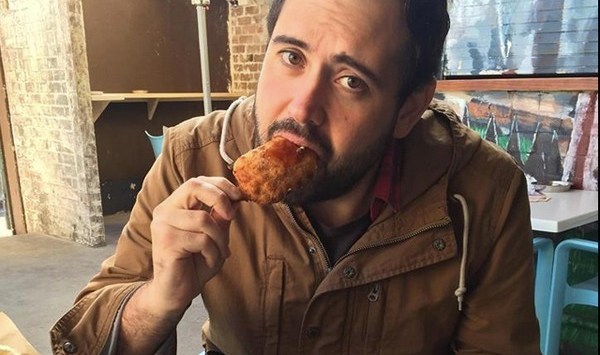 Golden Gaytime fan Jesse James McElroy is celebrating with the announcement Streets is releasing a tub version of the iconic Aussie ice cream but it’s still unclear whether McElroy led a grassroots campaign or merely fronted a canny marketing stunt.

McElroy created the Facebook page, the Golden Gaytime Icecream Tub Project, a few weeks ago campaigning for the product.

He appeared to achieve almost immediate success, announcing to fans on the weekend that Streets was going to start producing the ice-cream in a tub.

“Everybody shut the f-ck up… We did it… Well actually I did most of it… After writing my letter… THEY RELEASED IT (only in 1.25 litre… I guess that will have to do… For now),” McElroy posted.

At the time of writing McElroy’s post had been liked over 50,000 times and followers of the Golden Gaytime Icecream Tub Project posted “this is awesome” and thanked McElroy for his “hard work and dedication”.

But the grassroots nature of the campaign has been called into question after SmartCompany’s sister site Crikeyrevealed yesterday the early comments on the Facebook page are from people who have carefully scrubbed their own Facebook profiles, but their LinkedIn pages indicate they work for J. Walter Thompson, a marketing agency linked with other campaigns by Unilever (which owns Streets) in the past.

The plot thickens with reports from Fairfax that McElroy is a professional ad man who directed the Kit Kat “Chunga” campaign in the past.

McElroy and Streets hit back

McElroy told Fairfax he was in no way connected to Streets and Anthony Toovey, marketing director for Streets, says the release of the tub was going to happen anyway, regardless of the Golden Gaytime Ice Cream Tub Project Facebook page.

“We do pay attention to what are fans are saying and we did notice the Golden Gaytime Ice Cream Tub Project Facebook Page a little while ago, but the tub release has been a work in the making for several months,” he says.

“The launch of the Blue Ribbon Golden Gaytime tubs is not a result of the Golden Gaytime Ice Cream Tub Project Facebook page, it’s a really happy coincidence.”

Toovey says Streets is happy to have a fan who cares so much about Golden Gaytimes to start a social media campaign.

“We love his enthusiasm and his excitement in seeing his dream become a reality,” Toovey says.

The danger of staging a marketing campaign

Michelle Gamble, founder of Marketing Angels, told SmartCompany whether or not McElroy’s campaign was part of Streets’ plan it certainly helped the ice cream company’s cause.

“I would be thanking such a big fan of the brand,”  she says.  “They should give him a lifetime supply.”

But Gamble says if Streets has staged the Facebook campaign the business is venturing into dangerous territory.

“These things have to be authentic for them to work,” she says.

Gamble cites the example of Sydney communications agency Naked Communications which created a YouTube video in which a young female actor appealed for a guy who left his jacket behind to contact her so he could return it.

The video, launched a few years ago, received heaps of coverage but the media soon uncovered the fact that it was a hoax disguised as an elaborate marketing strategy to launch the Witchery Man brand.

Naked was condemned by industry peers over the stunt and Gamble says consumers don’t take kindly to being fooled.

“They don’t like to be tricked into thinking something is not advertising and then it is,” she says.

Gamble says the danger is you will lose trust in the brand.