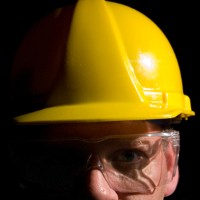 The Advertising Standards Bureau has upheld a complaint against a TV commercial by an insulation company that shows customers installing its insulation batts without wearing the proper safety gear.

The board upheld the complaint on the grounds it depicted material contrary to prevailing community standards on health and safety .

The advertisement from Brisbane-based insulation company, Knauf Insulation, shows a couple receiving and then installing the company’s Earthwool insulation batts in their home while wearing only jeans, T-shirts and safety gloves.

“I have had a serious workplace injury and I feel promoting unsafe practices at home or work is the wrong message to be sending people,” said the complainant.

“There is research that shows glass fibres can cause similar health problems that asbestos has caused. I think showing people handling materials safely is more important than showing people smiling for the camera.”

In its response to the ASB, Knauf Insulation argued it is not aware of scientific evidence linking the type of insulation promoted in the ad with health problems associated with asbestos and, in fact, the product had been shown to be safe.

“In terms of ‘Health and Safety’, it is our view that the Earthwool TV advertisement does not encourage behaviour that is unsafe or in contravention of the relevant legislation,” said Knauf.

“While the handling of glasswool may result in temporary itching in some people with sensitive skin types, many people (including professional installers) choose not to wear the recommended protective clothing and accessories,” said the company.

“We would like to assure you that Knauf Insulation takes its community safety obligations very seriously.”

The ASB considered the ad was unlikely to encourage most reasonable members of the community not to wear safety equipment when installing the batts.

However, the majority of the board considered Knauf’s website and packaging to demonstrate how to suitably dress when installing the product and agreed the advertisement depicted material contrary to those standards, therefore upholding the complaint.

Branding expert Michelle Gamble, owner of Marketing Angels, told SmartCompany businesses should err on the side of caution when demonstrating the use of their products in advertising.

“If it needs to be done a certain way, I think any advertiser should err on side of caution and show it done that way,” says Gamble.

“It would be like advertising a motorbike showing someone not wearing a helmet.”

Gamble says insulation is clearly still a hot topic, given recent media coverage of deaths related to installation, which may be a sensitive topic for some viewers.

She says besides the safety issues, business should also consider the authenticity depicted in their advertising material.

“Anyone who’s ever installed insulation knows how uncomfortable it is. It’s not showing a realistic image of the use of the product,” says Gamble.

“Consumers are very smart and you need to speak to them in in a way that’s authentic.”

SmartCompany contacted Knauf Insulation but the company declined to comment on the ruling.