Naomi Simson on celebrity scams and fake news: Picking the facts from the phonies 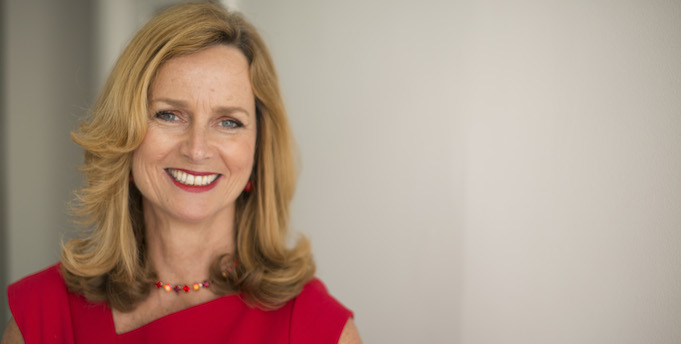 There has been a massive surge in recent weeks and months of dodgy operators using so-called ‘celebrity endorsement’ to dupe consumers into buying products. These people are nothing more than thieves, stealing people’s reputations and appeal.

My fellow Shark Tank judges and I have been embroiled in a Bitcoin and cryptocurrency scam that’s been going almost 12 months. Our profiles have been used as click bait to fraudulently exploit our commercial success, and trick unsuspecting consumers into believing our financial success is thanks to cryptocurrency investments.

This is false. This is fraudulent. This is misleading. This is illegal.

But the worst part of this scam is not the unscrupulous activity itself. It’s the fact that unassuming people continue to fall victim to these tricks, often because there is a huge legitimacy in celebrity endorsement.

The personalities chosen to ‘endorse’ these products are no coincidence — it’s by design. They’re trusted faces, financial experts, household names. I’m reminded of the past co-panelist on Studio 10, Jessica Rowe, whose image was recently used to promote a bogus skin care product. See Jessica’s response on her Instagram, below. It’s yet another example of digital fraud using well-known people to sell, often fictional, products. In the spirit of fake news, I’ll quote the infamous Donald J. Trump (the first and last time I shall do so). As he would say, it’s just plain “wrong!”.

News Limited reported in May that Australians lost $340 million to scammers in 2017 alone, according to official statistics from the Australian Competition and Consumer Commission. That number is both astronomical and sickening.

So how can consumers be wise to scams when these individuals seem to be constantly one step ahead? How do we, as consumers, avoid being lead down the garden path?

We must ask, “Who is responsible for putting a stop to this?”. Is it the media that distribute the fake news, the people whose reputations are being ‘hacked’, or is it the government bodies, like the ACCC, who are supposed to be accountable for taking those distributing false and misleading advertising to task? The ACCC website specifies:

“There are laws in place to protect you from being misled about the products and services you buy … Businesses are not allowed to make statements that are incorrect or likely to create a false impression. This rule applies to their advertising, their product packaging, and any information provided to you by their staff or online shopping services. It also applies to any statements made by businesses in the media or online, such as testimonials on their websites or social media pages.”

That’s the law, but what can we do in a practical sense to manage this issue? Perhaps those of us being affected — the personalities having their image and likeness used without permission, and the consumers falling victim — need to be more aggressive in our approach. I refer to the widely-reported case of UK financial expert Martin Lewis who is so fed up with Facebook’s lacklustre attempts to prevent scam ads on their platform that he’s taking the media giant to court, seeking damages for the reputational impact of fake ads being served on the platform.

We must empower ourselves and be aware of what we can do to help report digital media scammers whenever we come across something seemingly false or misleading. I’ve written about this subject in some detail in recent weeks, and this blog outlines the steps to reporting instances of false advertising across the major platforms.

I urge you all to be vigilant about reporting misleading ads, but we must also put pressure on the authorities and platforms to act. I ask myself, “What more can I do?” I will commit to continuing to inform the broader public about this fraudulent activity. Put simply, I do not want consumers being misled. I will continue to support the policy teams behind the programmatic platforms to block, report and ultimately prosecute scammers.

It’s stop gap measure for now; I do not have enough power to prevent this activity, as the very platforms publishing the ads cannot seem to put a stop to the proliferation of fake news on their own channels. Despite their best and continued efforts, they continue to chase their tails.

It’s an ongoing battle, and the scammers continue to grow more sophisticated and brazen in their campaigns. And it is with this sentiment in mind I’m reminded of something my mother used to say: simply “if it seems too good to be true, it probably is”.

NOW READ: Shark Tank Bitcoin scam warnings continue as some fans say they were duped by the fake ads

Important email from Naomi but it needs support from those that are able to inflict damage or punishment on the perpetrators. The authorities have to appoint a task force to follow these scam ads to conclusion and by conclusion there must be a receptacle for the payment that is identifiable.
These scams seem to have no retribution – so might as well concoct them and get away with it for as long as can.
There are undercover operatives that are baiting and trapping pedophiles with some success, so why doesn’t this happen with other facets.
A great example is where someone pays a false invoice or submits a reply without reading the small print which normally says that you are agreeing to a 12 month payment of x.
And when you don’t pay it the idiots issue summons. There doesn’t seem to be a defense. You signed a valid contract. Surely evidence to the courts that they are bogus is sufficient to have it struck out.
Stop talking and lets come up with a deterrent.
Michael Ratner – Compendium – http://www.compendium.com.au