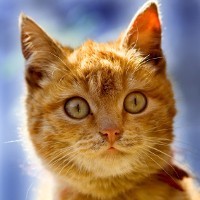 Payday lender Wallet Wizard has come under fire for appearing to promote animal cruelty in one of its television commercials, but the advertising watchdog has ruled most members of the community would find the ad funny.

It is just the latest television commercial to attract animal cruelty complaints, after the Advertising Standards Board dismissed similar complaints against advertisements from insurance provider Bingle and optical retailer Specsavers earlier this year.

The Wallet Wizard ad features a man who walks into a kitchen and tells his wife he has accidentally laminated their cat. His wife responds by saying: “Another vet bill … where will we get the money?” after which the Wallet Wizard superhero character appears and offers them a quick loan.

A cat is not shown in the clip and a statement saying “no cats were harmed in the making of this commercial” appears on screen.

However, that was not enough to answer the concerns of some viewers, who took their complaints to the Advertising Standards Board.

“I feel that with all the problems our society has relating to cruelty to animals (and cats have had LOTS of problems), this ad is abominable,” one complainant said.

“We all know cruel and heartless people out there who will think ‘I’m going to try and laminate a cat!’ I can’t believe this ad made it past ANY rational, compassionate person.”

Another viewer told the Ad Standards Board “there is nothing funny or endearing about hurting animals” and “suggesting this is normal or condoning this is abhorrent”.

“This company should be ashamed of making light of such a thing,” they said.

Another complainant said the ad made them “feel sick”.

“I find this ad so revoltingly offensive, please take this terrible ad off the air, we need to have respect and compassion for all animals and clearly send the message that animal cruelty is to be taken seriously and is not ever acceptable, ever,” they said.

Wallet Wizard, which is owned by Credit Corp Financial Services, responded to the complaints by telling the Ad Standards Board the ad was intended to portray a “light-hearted and improbable scenario”.

“The concept of accidentally laminating a pet cat is clearly improbable and is emphasised by the fact that the characters in the TVC are all exaggerate parodies,” Wallet Wizard said.

“The TVC does not in any way deal with an instance of deliberate harm to an animal. The scenario presented through the dialogue is clearly accidental and arouses concerns from the characters. The TVC in no way conveys that violence or cruelty to animals is acceptable conduct.”

The Ad Standards Board dismissed the complaints, agreeing with Wallet Wizard “most members of the community would recognise the ridiculous nature of what the husband has supposedly done”.

“There is no vision of the incident and that there is a disclaimer on screen to assure viewers that there was no harm to a cat in the advertisement,” the board said.

“I have to agree with both the client and the board on this one,” Paton says.

“You can’t see the cat and the advertiser has gone to the effort to display a statement saying no animals were impacted … It is obviously a ridiculous situation and I highly doubt it would even be possible to laminate a cat.”

While Paton says there is now a heightened level of awareness in the community about animal cruelty, this is not an example of it.

“Perhaps it is too easy for people to complain and get on their high horse these days,” she says.

SmartCompany contacted Wallet Wizard but did not receive a response prior to publication.