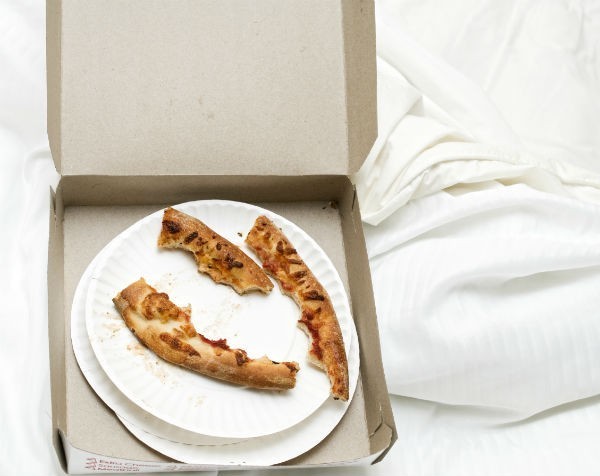 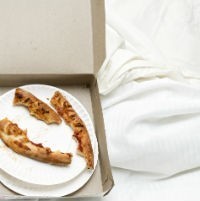 Pizza Hut has been forced to defend its latest Stuffed Crust pizza creation, after a television viewer complained to the Advertising Standards Board that an advertisement for the pizza and pie combo portrayed “sexualised food”.

But the advertising watchdog disagreed with the viewer and dismissed the complaint.

Yum Restaurants Australia unveiled its pizza and pie mash-up earlier this year. The creation is a combination of a Pizza Hut pizza and eight mini Four’N Twenty pies in its crust.

A 15-second television ad for the product, which finished airing in June, featured a female voiceover asking “what do you get when a Pizza Hut pizza hooks up with a golden Four’N Twenty pie?” The viewer then sees images of bacon that curls while cooking and tomato sauce being poured on a pie. The voiceover then answers the question with “Australia’s favourite lovechild” before a final image of the pizza with pies in its crust is shown.

The viewer told the Ad Standards Board the ad “sexualised food” and “portrayed as erection of bacon resulting in pizza huts ‘love’ child [sic]”.

In its response to the complaint, Pizza Hut admitted the ad “may be seen as cheeky and provocative” but said it is appropriate for an adult audience and neither explicit or insensitive.

“The advertisement uses light-hearted tongue-in-cheek entertainment and humour to emphasise the unique combination of a well-known meat pie with a Pizza Hut pizza,” the company said.

Pizza Hut also addressed the complainant’s specific concerns about the images of the curling bacon by explaining the images of the cooking meat are included to “emphasise the delicious taste of the product” and said the slogan “Australia’s favourite love child” is humorous and unlikely to offend prevailing community standards “in this day and age”.

The Ad Standards board sided with Pizza Hut and said although the ad contains “some mild innuendo”, the innuendo is “relatively mild and unlikely to be understood by younger children”.

“The board noted the complainant’s concern over the reference to a ‘love child’ and considered that the phrase in itself is not inappropriate and the concept of a love-child would not be found to be inappropriate in contemporary society and not in the context of an advertisement describing food,” the board said.

Dr Lauren Rosewarne, a senior lecturer at Melbourne University and expert in sexuality and advertising, told SmartCompany this is a “very good example of the complaint being almost funnier than the commercial”.

“It’s indicative of how there will always be a very, very narrow number of people who find offence in anything, but also a reminder that humour is subjective and an ad that seems innocuous to most people can stir up angst in others,” Rosewarne says.

But while Rosewarne says in this instance the complaint “went absolutely nowhere”, she says it is another reminder to businesses to “be mindful of who their target market audience is and thus direct humour accordingly”.