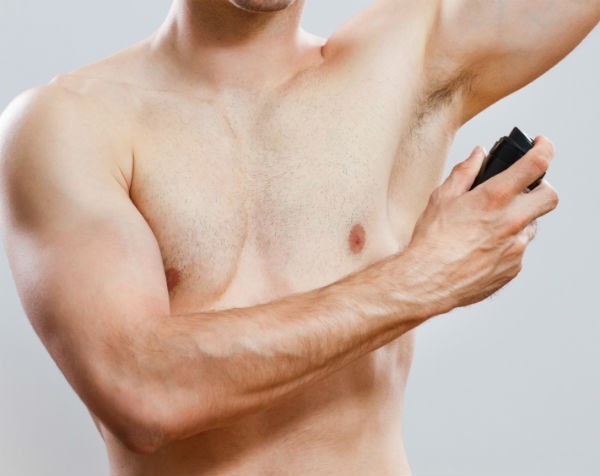 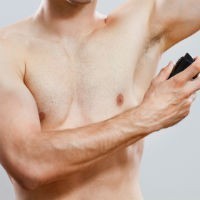 The distributor of Playboy-branded products in Australia has pulled its latest advertising for men’s deodorant, after the Advertising Standards Board upheld a string of complaints that claimed a television ad promoted “sexting” (video below).

But while the watchdog ruled the advertisement breached health and safety provisions of the advertising industry’s code of conduct because of cyber and phone safety concerns, the Ad Standards Board said the commercial from Coty Australia did not breach the sections of the code that deal with sexuality and nudity.

The ad, which has been broadcast in a number of countries, features a young man in his underwear spraying himself with deodorant in front of a bathroom mirror. After applying the product, he takes a selfie with his mobile phone and sends the photo to a woman he likes.

The ad features two scenarios. In the first, the woman who receives the photo sends back a photo of herself in her underwear; while in the second scenario the woman appears at the man’s house wearing a coat, which she opens to reveal her underwear.

At the end of the ad, a voiceover says “there’s only one way to know what will really happen. Playboy Generation Body Spray for Him. Press to play.”

The Ad Standards Board received five complaints from television viewers, who said the ad encouraged “sexting”, especially among young people.

“We are trying to promote sensible use of social media and prevent young people from getting into trouble sending revealing photos of themselves,” one complainant said.

“This is NOT promoting cyber safety.”

Another complainant said the ad goes against efforts in the community to educate young people about “sexting”.

“We run programs at schools about the dangers of this and have many issues with our teens because of the lack of control once you send it,” they said.

“This only promotes it. The police and schools are trying to minimise the social pressure to sext pictures of themselves, as a teacher I’m not happy.”

Another complainant took issue with the ad being broadcast during “prime time on a Sunday night”, saying the age of the characters in the ad “sends a dangerous message to teens”.

“It promotes unwarranted sexual harassment of women, as well as encouraging teens to put out sexually suggestive pictures of themselves into the public sphere,” they said.

“Any ad that encourages teens to sext is not fit for TV, let along during prime time.”

In response to the complaints, Coty Australia argued the ad does not encourage young men to take “sexually suggestive selfies” given the man in the ad only flexes his bicep in the photo he takes.

The company also argued it was appropriate to show a man in his underwear as the ad is for deodorant body spray.

Coty Australia also said ad does not contain any “indication, allusion to, or representation of any sexual encounter in the advertisement; not is it logical or realistic to assume that this would, or could, occur”.

The advertiser said the ad was only broadcast during television shows intended for adult audiences and in no way promotes or encourages “any form of sexual harassment”.

In its ruling, the Ad Standards Board said the level of nudity in the ad was “not in itself inappropriate” but it upheld the complaints on the basis it portrayed “sexting with a positive outcome” and this undermines the efforts by governments and schools to discourage the behaviour.

“The product is a deodorant targeted to young men and… in conjunction with the advertisement would overall, create the fantasy idea that this scenario could actually happen and may encourage young teens (male and female) to try this type of behaviour,” the board said.

Coty Australia told the Ad Standards Board that while it rejects the complainants’ allegations, it respects the board’s ruling and has discontinued the advertising.

Melbourne University senior lecturer Dr Lauren Rosewarne, an expert in advertising and social conduct, told SmartCompany this morning the ad is reminiscent of other deodorant commercials from companies such as Unilever, which also attracted complaints.

According to Rosewarne, “the style of the advertisement makes sense” as the Playboy brand is attempting to “tap into a sexy, tech-savvy audience”.

“This, however, is a good example of not being able to have your cake and eat it too,” Rosewarne says.

“While I think it’s foolish to expect advertisers to be our moral beacons, particularly when marketing to a youth audience, nevertheless hot-button issues – particularly around safety – are perpetual concerns of complainants and this this case serves as a cautionary warning for advertisers.”

With Playboy #Generation the possibilities are endless. Press to play to find out what could happen when you send your crush selfies!