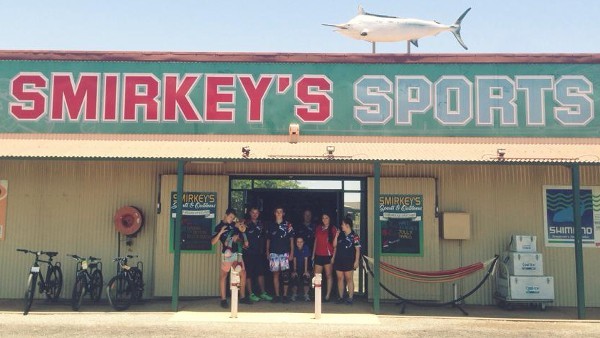 A Western Australian sport and camping goods business has responded to complaints made about its advertising to the Advertising Standards Bureau by calling the watchdog “time wasters” and the complaining viewer an “oxygen thief”.

Smirkey’s Sports, which is based in the Pilbara region of WA, aired a television commercial on regional television network GWN featuring a scene showing two young children playing in a large icebox with the lid up.

One viewer contacted the Ad Standards Board complaining the scene “may influence children to play within a similar item which could possibly lead to a fatality.”

In response to the complaint, Smirkey’s Sports replied: “You or the complainant cannot be serious.”

“I do not have the time to address such issues. I’m too busy trying to run a business which pays for departments such as yours. If anything, the complainant (oxygen thief) is harassing me,” said Smirkey Sports.

“Kids are killed everyday in cars / pools / on bikes etc… does this mean we do not show kids on TV in cars / riding bikes/ or swimming. Contact GWN if you want copies of this hideous crime. I’ve got to get back to work now on important stuff.”

But when the board found a child could become trapped inside the icebox and ruled the ad breached a section of the Advertising Standards Code pertaining to ‘prevailing community standards on health and safety’ the business responded a second time by calling the regulator “time wasters”.

“Are you time wasters still wasting my important time. How many people have complained about my ad in ten years?? ONE oxygen thief. And you take this oxygen thieves side and waste peoples time to justify your so called job,” said Smirkey Sports.

“The iceboxes in question are not self locking and impossible to lock unless some sick bastard physically throws a child in there and physically holds the lid down with considerable weight and latches the unit.”

“This complaint is flawed as the iceboxes are not self locking. The complainant (oxygen thief) should be charged with harassment.”

The Advertising Standards Board is yet to take further action, but it has limited options once a complaint goes through the formal procedures. The regulator has in the past been accused of being a “toothless tiger”.

Michelle Gamble, owner of Marketing Angels, told SmartCompany ignoring the board can either work for or against a company’s reputation.

“They are clearly a small business and they didn’t want to attract the Ad Standard’s Board’s attention, but now we are all talking it,” says Gamble.

“I don’t think it’s ever wise to be rude to a regulatory body.”

However, Gamble says other small business owners would likely be supportive and sympathetic towards the company, as they “have enough balls in the air already” running their business.

“Let’s face it, some of these complaints are equivalent to trolling,” she says.

Gamble recommends businesses act respectfully in any communications with the board and consider the use of humour if they feel the need to address the unreasonable nature of any complaints they receive.