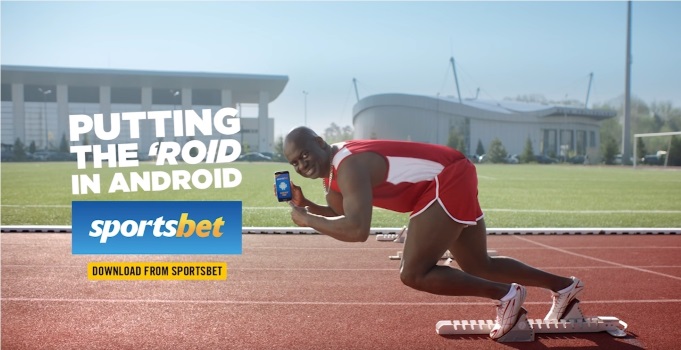 Gambling website Sportsbet has incurred the wrath of both the Advertising Standards Board (ASB) and hundreds of complainants after one of its advertisements was accused of promoting steroid use and glorifying Olympic drug cheats.

The ad is for the company’s new “juiced up” mobile phone application for Android phones, and features Canadian former Olympic sprinter Ben Johnson. Johnson was stripped of an Olympic Gold medal in 1988 after being found to have used performance-enhancing drugs.

The ad makes a number of references to performance enhancement, drug testing, unfair advantages, and “cutting corners”, and includes allusions to a number of other Olympic athletes caught up in doping scandals.

“It glorifies steroid use in sport and sends a message to the younger audience that cheating in sport by using drugs in the long run is okay,” said one complainant.

“There is nothing socially or morally correct about the contents of this advert. It is the most offensive TV advert I have ever seen and therefore I feel the need to lodge a complaint which is the first time I’ve been compelled to do so.”

“Two things destroying sports; Drugs and Gambling. This ad does both – glorifying drugs and cheats in the sport. How can this be allowed during early afternoon or anytime of the day?” said another.

Over 200 complaints were submitted to the Ad Standards Board about the advertisement. Of these complaints, Sportsbet said the “overwhelming majority” were “irrelevant” and called for the case to be dismissed.

Sportsbet also told the ASB the ad was “clearly” a spoof and parody, saying “they are in no way intended to be – nor could a viewer reasonably consider them to be – a portrayal of a realistic situation”.

“Although an attempt has been made to do this in a humorous way, it cannot be properly said that exposing drug cheats and their achievements to such mockery and derision could be said to be contrary to Prevailing Community Standards.”

The advertiser set out in a further 16 dot points rebuttals to arguments made by the hundreds of complainants, summarily dismissing them and saying they “lack foundation”.

“In the Board’s view the use of Ben Johnson in conjunction with a humorous message about drug use conveys a message that there is not a negative side to drug use and cheating and could be seen as a suggestion that there are benefits to gain from cheating or from behaviour that will enhance your performance,” the ASB said.

“The Board also considered that, despite the parody, there is little consequence depicted for these actions as the athletes are portrayed in a positive way, rather than showing a negative side to the choices they made in their sporting careers.”

Sportsbet was subsequently directed to take down the ad, and it has since been taken off air.

Advertising expert and academic at Melbourne University Lauren Rosewarne told SmartCompany this morning an advertisement like this one was unlikely to escape a complaints process unscathed.

“An ad for gambling that references drug cheats and substance abuse was always going to be a problem. It was inevitable that it would become one of the ASB’s most complained about ads,” she says.

However, Rosewarne believes that Sportsbet’s target demographic was unlikely to complain to the ASB over the company’s advertisements, who likely “frame controversial advertising ad irreverent”.

“A company like Sportsbet therefore, won’t always suffer from such a ruling; on the contrary, they may benefit from a little extra press and the opportunity to look a little renegade to their market,” she says.

For brands that might dabble in close-to-the-edge advertising, Rosewarne warns that “controversy for controversy’s sake” won’t fly, with advertisers needing to be smart with their tactics.

“If an advertiser’s controversial ad manages to entertain their base and only offends people who would never ever be a customer anyway, such campaigns can work,” she says.

“Equally, under a system of self-regulation, given that there is no penalty for using such tactics, there’s not many disincentives for an advertisement to not roll the dice and try something a little outrageous in the crowded advertising marketplace.”

SmartCompany contacted Sportsbet but did not receive a response prior to publication.

This was one of the funniest ads on TV, cannot for the life of me, see how it promotes Steroid use, unless of course you are a complete idiot with no sense of humour. I object to the advertising standards board assuming that I’m as stupid or thin skinned as some others.

We’re not allowed to laugh anymore. It’s verboten. Our new superior Marxist overlords demand nothing but subjugation of the masses into a bleak dreary existence. If you doth protest too much, it’s off to the salt mines.

… for extraction of what might remain of their personality.
Oh dear, these kind of ASB decisions are simply too depressing. I’m with John’s objections.

“The Advertising Standards Board” putting the “Roid” in Hemorrhoid !!!!

Sportsbets advertising systemically treats its target market as stupid – evidenced by the tone and content of the voice over on nearly every commercial it screens. I wouldn’t go near them with a barge pole.

Me too, Peter, I’m fortunate in that I don’t gamble at all. I still think they are humorous, maybe that makes me smart. (and I still don’t have any urge to try steroids).

Pretty ridiculous – I am Canadian and watched the summer Olympics when Ben Johnson won and then lost the gold medal. We were crushed as a nation but only for a while. I found the ad hilarious and agree with John Hutchinson to accurate below – it’s not the worst ad on television – the Pure Blonde ad showing some I am guessing commercially attractive guy storming through life each time reaching for ‘a beer’ – how that doesn’t promote drinking after everything then come on – lets be serious. If you cannot pick out the satirical nature of the ad then there is something not quite right. We have lost the gift of satire to political correctness and a nanny state.

Sure there is too much gambling ads and drugs in sport but if you really want to take it to next level – essentially the ad says get on it and perform better with sportsbet but as we all know in gambling you will lose and it will catch up with you – just as in drug use in sport – you will lose at some point either by being caught or physical health – so in reality Sportsbet is actually implying the opposite to what the complainers are complaining about by using the cheats in their ads – in that, when you bet at some point you will lose just like the cheaters…… mmmmm how about that.

Jeez! Some people need to lighten up.

I was living in England back in 1988 and got up in the middle of the night to watch that race. It was and still is the greatest foot race I have ever seen. Linford Christie looked like he was made out of chiselled marble and Carl Lewis was a freak. Ben Johnson was simply amazing. I’m in my late 50’s now and I am appalled at the gambling ads on everything from TV to radio to websites. They are appealing to kids who don’t even know who Ben was/is. I thought the ads were very clever and funny. Who can I complain to to get all of the gambling ads taken off air as I despair for the young’uns.

Agree with every word Bill. If it was pulled because it promoted excessive Gambling (probably the 2nd biggest Social problem after alcohol in this country) I wouldn’t have cause to complain.