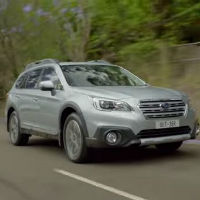 Subaru Australia has pulled a television advertisement after the advertising watchdog found it would be likely to offend people of Aboriginal and Torres Strait Islander descent.

The Advertising Standards Board ruled an ad promoting the company’s new Subaru Outback vehicle breached the industry’s code of conduct because it included a voiceover which says: “You know to pay any more for a car this good, would just be highway corroboree.”

The review was sparked by a complaint from a member of the public who said they had seen the ad on multiple stations and it “twists my gut each time”.

“As an Aboriginal person this is highly offensive to suggest that a sacred meeting celebrating culture can be linked to the price of an inanimate object,” the complainant said.

“It defames Aboriginal people and culture by using the word Corroboree, which is a sacred Aboriginal ceremony, in place of outback robbery.”

In response, Subaru Australia said the advertisement did not discriminate against or vilify indigenous Australians and the phrase “highway corroboree” was intended as a “deliberate pun with respect to the well-known phrase ‘highway robbery’”.

“In particular, as is clearly evident on viewing the subject advertisement, the use of the word ‘corroboree’ in the sentence ‘to pay anything more would be highway corroboree’ is a simple play on words to communicate the exceptional value that the MY2015 Subaru Outback represents in a uniquely Australian way,” Subaru said.

However, the advertising watchdog found a corroboree is a “serious and central part of Aboriginal culture” and indigenous Australians were likely to be offended by the ad.

The Advertising Standards Board subsequently upheld the complaint and found it breached sections 2.1 of the Australian Association of National Advertisers (AANA) code of ethics – which says advertising and marketing shall not depict material “which discriminates against or vilifies a person or section of the community on account of race, ethnicity, nationality, gender, age, sexual preference, religion, disability, mental illness or political belief”.

Subaru stopped circulating the version of the ad with the ‘highway corroboree’ reference on February 26.

Dr Lauren Rosewarne, an advertising expert and senior media lecturer from Melbourne University, told SmartCompany on the surface the voiceover seems like “wordplay” but it is actually quite insensitive.

“I think that’s what ad executives do – they’re looking for a pun to draw attention to an advertisement and we know that works,” Rosewarne says.

“The problem is they’ve chosen a word that chooses a very specific racial connotation. It’s not your word to use in a pun and that’s why the complaint was upheld because in the AANA code of ethics it does talk about racial vilification. I don’t think this was specifically vilification … nonetheless I can understand why the board would err on the side of caution.”

Rosewarne says there is no excuse for putting together an ad that offends a person or group based on their heritage.

“Cultural sensitivity is what you have to do in marketing – there’s not a choice now not to do that,” she says.

“It’s a very savvy media audience now and your campaign can be brought down by social media before it gets to the Advertising Standards Board anyway.”

Rosewarne says it can be costly for a small business to bring on board a consultant to help with cultural sensitivity. But compared with pulling an expensive ad it can be a viable option. Either way, businesses need to be mindful of the words they use in their marketing campaigns.

“They just liked the fact it rhymed with robbery. That said, we have a culture that is very quick to respond now and people will also respond for other groups – as we’ve seen with other advertising.”

Subaru Australia was contacted by SmartCompany but did not wish to comment on the advertising watchdog’s decision.

The version of the Subaru ad with the ‘highway corroboree’ line taken out: