Tourism Australia’s $36 million US campaign brings Crocodile Dundee “reboot” to the Super Bowl: Did it work? 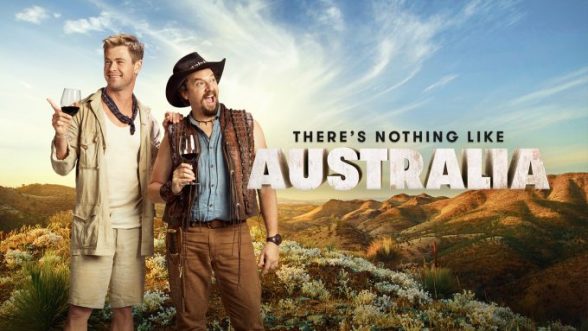 Australia’s tourism body has revealed marketing for what many thought was a real  Crocodile Dundee sequel has, in fact, been a tourism campaign all along, airing the final piece of the puzzle at the US Super Bowl.

The tourism advertisement, aired at the sporting event which holds the title of the most-watched US TV broadcast each year, is part of a larger $36 million campaign to attract the US market.

The campaign aired at half-time in the Super Bowl and sparked speculation an actual Crocodile Dundee sequel was in the works.

Featuring local stars Hugh Jackman and Chris Hemsworth, the campaign appears to be a trailer for the new film Dundee: The Son of a Legend Returns Home, but halfway through the video, begins promoting Australia’s “amazing wines”, leading to the characters breaking the fourth wall and revealing the ulterior motive.

“This isn’t a movie. This is a tourism ad for Australia.”

In a statement, Tourism Australia said the advertisement is part of Australia’s largest tourism campaign targeting the US since Paul Hogan’s classic “come say g’day” clip more than 30 years ago. Hogan also makes a cameo in this year’s advertisement.

“Whilst Australia ranks highly among Americans in terms of desirability and awareness of our tourism offerings, we lag behind our competitors when it comes to actual bookings. This new campaign will address this conversion challenge,” said Minister for Trade, Tourism and Investment Steve Ciobo in the statement.

Tourism Australia hasn’t confirmed how much the ad cost to create or distribute through a famously expensive Super Bowl ad slot, but Tourism Australia Managing Director John O’Sullivan has told the ABC there was a $15 million partnership with NBC studios to produce the ad.

Ciobo says the campaign aims to attract $6 billion from US tourists annually by 2020. The ABC reports over 750,000 American tourists visited Australia last year, spending a combined $3.7 billion on their trips.

The tourism campaign required a lot of build up to pull off, with the first “official” trailer for Dundee airing on January 29, but experts say the advertisement was quite effective in terms of showing trademark Australian humour but also the product they want to sell.

Founder of Belles and Whistles Janey Paton says Tourism Australia took a step in the right direction by going with a ‘humour’ angle.

“When you’ve got to captures people’s attention for a short number of seconds, like the Super Bowl ads, it’s good to go down the humour path. Australia’s got our own unique style and that’s why I think those big names wouldn’t hesitate to be a part of it,” she says.

Patton says the big budget advertisement also succeeded in its aims by starting a conversation about a potential Crocodile Dundee sequel.

“It’s so well done because everyone knows about Crocodile Dundee already so to bring this out with such big names like Russell Crowe, Isla Fisher and Margot Robbie, it instantly captures people’s attention.”

Director of Marketing Angels Michelle Gamble says the “gotcha moment” of the reveal that the trailer is not for an actual film, but for Australia itself, also added fuel to the fire.

‘Even after the punchline has been delivered, it still has a lovely bit of humour,” Gamble says.

“I think its incredibly refreshing, really clever and it uses iconic brands as well as celebrities really well.”

Tourism Australia tells SmartCompany, “there’s already been close to 4,000 pieces of media coverage in Australia, the US and further afield, conservatively worth about $30m in advertising value to us”.

Even though the advertisement isn’t really targeted towards Australians, Gamble also believes the media coverage of the Dundee film, prior to being revealed as an advertisement, got the ball rolling back here too.

“They’ve taken the bait perfectly. That’s really amplified the story and now its out its an advertisement its got even more oxygen in the media,” she says.

“All media is global now, so Australian loving it would be part of overall strategy as well.”

Now read: Tourism Australia’s $10 million working holidaymaker campaign kicks off with pop-up beach in London – but will it work?