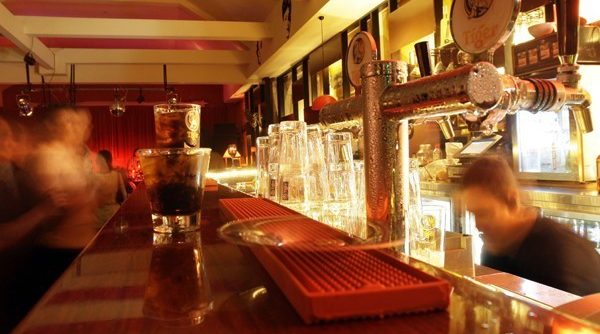 The manufacturer of popular alcopop drink Vodka Cruisers has felt the wrath of the Advertising Standards Board after complaints were made over the use of an underage-looking model in an Instagram advertisement.

The ad, which has since been taken down, featured a close-up of the face of a female model with a plastering of glitter under her eyes, accompanied with the tagline, “How to cover your dark circle the morning after”.

Complaints from the Cancer Council of Victoria claimed it “was clear that the advertisement is primarily directed towards children”, saying the model was presented in a “highly childish fashion”.

“The post uses a child model who appears to be a young teenager, and is presented in a childish fashion with star-shaped glitter under her eyes, in order to promote an alcohol product,” the complaint reads.

“In addition, the caption of the post, ‘How to cover your dark eye circles the morning after’ combined with the image of the girl with glitter under her eyes directly implies that the girl is recovering from an alcohol binge the night before.”

“We believe this implication is also contrary to Prevailing Community Standards on health and safety, particularly given the very young appearance of the model.”

Instagram does currently have a feature which implements age gates for alcohol accounts, and it is unclear if the @vodkacruiser account had the feature implemented.

In a response, Asahi Premium Beverages, the manufacturer and distributor of Vodka Cruisers, said: “We don’t believe that the content in the Instagram post is directed to children”.

“In this instance we acknowledge that the model used looks under 25 years of age but not under 18 years of age as suggested in the complaint. As such we have taken steps to remove the post from Instagram to ensure compliance with the ABAC code,” the advertiser stated.

“Our target consumer is 18-24 years of age and as such our content has broad appeal to that age demographic and is in line with their current life stage and behaviours and we don’t agree that it has strong appeal to children.”

In regards to the issues around the brand’s Instagram page not being limited to users under 18, Asahi said it had taken measures to fix this and had updated their profile’s description to “Must be age 18+ to follow & use our hashtags. Please don’t share with those under the legal purchasing age for alcohol. Drink responsibly”.

Advertisers be wary of advertising in unregulated spaces

Speaking to SmartCompany, advertising expert and University of Melbourne academic Lauren Rosewarne said businesses should be wary when advertising in forums where users’ ages can’t be easily determined or controlled.

“Advertising in forums where audience age can’t be guaranteed, like billboards for example, or on Instagram, needs to err on the side of caution because everyone gets exposed equally and thus there is an undefined demographic,” she says.

“This includes people who a) shouldn’t be exposed to alcohol advertising and b) [have] parents who might send off a complaint to the ASB.”

In its decision, the board decided the product was not being inappropriately marketed to children due to it not being a product children could purchase. However, the board upheld the complaints made around the model’s age and the insinuation the model was hiding “dark circles” due to having been drinking the night before.

The board considered that only the model’s face is visible in the advertisement and considered that “her smooth, clear skin is suggestive of a young teenager rather than a person aged over 18 years”.

“The Board acknowledged that it can be difficult to judge the age of a young person but considered that in this instance the model’s youthful looks and the use of glitter under her eyes is strongly suggestive of a person aged around 13 or 14 years rather than an adult.”

After “considerable discussion”, it was found the comment made by the advertiser around the model’s “dark circles” is “most likely to be interpreted as a reference to heavy drinking the night before” due to its connection with an alcoholic product.

“Overall the Board considered that the use of a model who appears under the age of 18 promoting an alcoholic beverage in a manner likely to appeal to children, coupled with the suggestion that heavy consumption of alcohol is acceptable as you can just use glitter to cover your dark circles, is against Prevailing Community Standards on the responsible promotion and consumption of alcohol,” the case decision reads.

Rosewarne says the use of a model that looks underage is “simply asking for trouble”, and the use of such models was “severely inappropriate”.

“There is no grey area in the alcohol/sex/young women trinity,” she says.

SmartCompany contacted Asahi Premium Beverages but did not receive a response prior to publication.

Please Donald, when you’ve finished in the US in 2024, can you come over here and drain our Billabong? It’s a festering quagmire of bureaucratic SJWism.