Watchdog rules Instagram review is advertising despite no “sponsored” tag: What your business needs to know about influencers 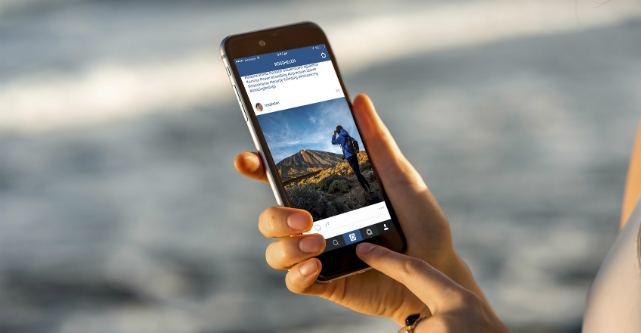 Australia’s advertising watchdog has ruled a product review post from an “influencer” on Instagram meets the definition of advertising, despite the post never including clear indications it was an ad.

The decision was made by the Advertising Standards Bureau (ASB) in response to a complaint about a post made by singer and actor Kat Risteska to her Instagram page. The post included Risteska’s review of a product from beauty label Eco Tan, accompanied by the #ecotan hashtag and the @ecotan tag.

The complaint submitted to the ASB said the post breached industry guidelines because it did not declare it was an advertisement, with the complainant saying “obviously is [an ad] as the brand Ecotan also shared on their page”.

“Misleading!! Illegal!! In breach of AANA standards,” the complainant said.

In February, the advertising watchdog partnered with the Australian Association of National Advertisers (AANA) to formulate guidelines for advertisers when it comes to influencer marketing, with new additions made to the industry Code of Ethics under section 2.7.

That section relates to issues where native or sponsored advertising is not clearly distinguishable. At the time, the AANA defined native advertising as “material which seeks to provide content generated by brands which does not look out of place in the habitat within which it is being viewed, heard or experienced”.

Additionally, at the time, the AANA said hashtags like #ad or #sponsored on posts would be sufficient indications of sponsored or promoted content.

Risteska’s post did not include any such indication, leading to the complaint.

Your skin is the largest organ & anything you put on it is absorbed into your bloodstream. If you are looking for a moisturizer that not only hydrates but is healthy for your skin you need to give @ecotan a try. Made from natural coconut & aloe vera. It’s Organic, Vegan, no animal testing & is unscented which means there are no added nasties … AND it’s unisex ???????? I am hooked! I use it day and night on my face and body. #ecotan #organic #vegan #healthyliving

Responding to the complaint, Eco Tan argued Risteska’s post does not meet the definition of advertising or marketing communication because the company maintains it did not have any control over what Risteska posted. The company said it did not pay her for the post and instead just sent her the products with a request to review them.

“Eco Tan Pty Ltd provided her with free product and asked her to provide a genuine review of the product on instagram. She was not paid, except by way of the free samples. There was no obligation for Ms Risteska to write a review, nor was she directed with respect to what to say or how to say it,” the company told the ASB.

The company then drew on examples from the AANA’s previous guidelines around influencer marketing, in which it demonstrated cases where companies providing products to influencers with no control over the images posted or statements made could not have any material posted by those influencers considered advertising or marketing material.

But in its response, the company also stated that in the event the Standards Board was to determine the Instagram post was advertising or marketing material, it would be therefore considered easily distinguishable, and not in violation of section 2.7 of the code.

“In the event that the board considers the Instagram post in question to be “advertising and marketing communication”, we assert that the material is clearly distinguishable as such to
Ms Risteska’s followers and to Eco Tan’s followers when the repost was done to Eco Tan’s Instagram page,” the company said.

“Therefore, in light of the nature of the content, where it is placed, how followers are directed to the product, the theme, visuals and language used, the use of Eco Tan’s brand name and logo, and the audience it addresses, followers would clearly be aware that the post is an advertisement.”

In its decision, the Advertising Standards Board decided the post should be considered advertising and marketing content, because it believes Eco Tan sending Risteska products “amounts to a business transaction and therefore can be considered a form of payment”.

Further, having determined the post was advertising content, the board the determined it was clearly distinguishable as “it reads as though from a press release”.

“Overall that board considered that the relevant audience of followers of Kat Risteska and other users of Instagram would be aware that this is a sponsored post for Eco Tan and is therefore clearly distinguishable as advertising material,” it said.

Speaking to SmartCompany, social media expert Nicole Matejic says businesses should be clear on their terms when working with influencers and notes the ASB’s guidelines are just a “best practise approach”.

“The influencer environment is based on transactional trust in many respects. While using ‘#spon’ or ‘#ad’ in your hashtag stack is a good idea and promotes transparency, it’s a best practice approach rather than a law per se,” Matejic says.

She believes the lines between directly sponsored content and businesses simply sending influencer’s products are already blurred, saying advertisers use this to their advantage to secure “otherwise expensive publicity”.

“In many cases while the ‘publicity for the cost of product’ is seen as a type of freebie, the lack of control over the end result can cause brands issues — such is the case with Eco Tan,” she says.

“You’d also have to argue that consumers should not assume that the absence of #spon or #ad means the post isn’t advertising — there is a common sense element to this.

“If businesses want to work with influencers, then proper business agreements should really be in place to protect both parties.”

SmartCompany contacted Eco Tan and Risteska but did not receive a response from either prior to publication.