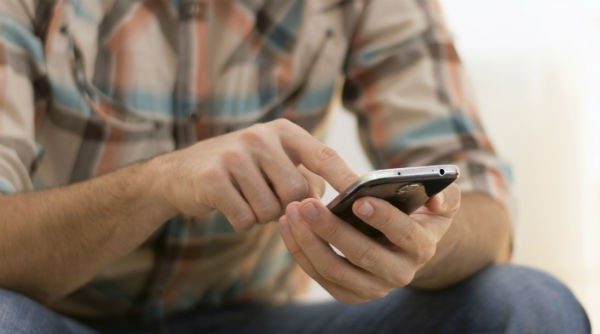 The advertising watchdog has upheld complaints against a Lottoland advertisement that some viewers said could have “encouraged” gamblers to hide their addictions.

The Advertising Standards Board (ASB) received multiple complaints against a series of ads by the betting company, on the grounds that the ads did not promote responsible gambling.

Each of the ads revolves around a theme of a family with a “no phone” rule, with phones being placed in a bowl so members of the family cannot use them.

In the ads, family members are shown to be sneakily using their phones, despite the rule, to visit Lottoland’s website. One shows a phone hidden in a cookbook, while another shows a phone being used under a table.

Complainants said the content “normalises” gambling and criticised Lottoland for encouraging deception when it comes to gambling addictions.

“The advertisement appears to me to be saying gamble irresponsibly seeing as the whole family are on the app at the dinner table and then the mother hides the fact that she is gambling,” one complainant said.

“I understand it’s a bit of ‘tongue and cheek’ but a young child doesn’t necessarily know that and it promotes the normalisation of gambling in the family home and the fact that it is so easy to do.”

In a response to the complaints, Lottoland refuted the claims and slammed the ASB’s process, labelling it “extraordinary and unfair”. The company claimed ASB case managers had not seen the advertisements and the response period of seven days was “short”.

Lottoland disputed the ads displayed individuals “hiding” a gambling “addiction”, and instead suggested the ads revolved around a theme of obsessive phone use.

“The reason given by the complainant appears to be that one or more of the individuals in the advertisements is “hiding” their “addiction” to gambling/betting,” Lottoland said.

The areas of the Code of Ethics that Lottoland’s ads were accused of violating include sections 2.6 and 2.8, which cover prevailing community standards surrounding gambling depiction, and excessive participation in gambling.

Lottoland disputed that its ads contravened those sections by questioning the definition of prevailing community standards and suggesting, “the complaint is unfounded and should be dismissed”.

“In our opinion, the ads don’t portray, condone or encourage excessive participation in wagering activities, as required by the guidelines set out in section 2.8 of the Wagering Code,” Lottoland said in its response.

“The clear emphasis of that section of the Code is towards excessive participation in wagering activities. The Lottoland ads show how much people are attached to their mobile phones, and not to the extent of their gambling.”

In an extensive response, the ASB found two of Lottoland’s ads did not contravene the advertising code, but it upheld complaints against the third, which depicts a family member hiding under the table in order to access the Lottoland website.

“The Board noted the advertiser’s response that the focus of the advertisement is how much people are attached to their mobile phones, and not to the extent of their gambling but considered that the advertised product is a wagering product that can be accessed via a mobile phone and in the Board’s view the focus is on the product itself and not the reliance of phones,” the board stated in a response.

“The majority of the Board considered that the depiction of John hiding in order to use his phone to access a wagering website is suggestive of wagering being something secretive that should be hidden from family and or friends.”

Despite upholding the complaints against the third ad, the ASB stated when the ads are viewed together, they do “amount to a depiction of excessive participation in wagering activities”, but noted the ASB must view each ad on its individual merits.

Lottoland agreed to discontinue the third ad, but noted its decision “should not be considered an acceptance of the [ASB’s} decision”.

“Marketing a product widely construed as a social ill can be treacherous for advertisers. While the product in the case of gambling is legal, it is also heavily regulated and all marketing material closely scrutinised,” Rosewarne says.

“Advertisers need to ensure that they are not aggressively encouraging participation. This is a challenge because all advertising is about encouraging consumption.”

In regards to Lottoland’s response to the ASB, Rosewarne advises companies to “own up” to errors.

“In the realm of gambling advertising, it’s advised that a company own up to errors to appear as a good commercial citizen in an often treacherous marketing landscape,” she says.

“It almost goes without saying that issues of over-attachment and addiction unquestionably need to be avoided in the marketing of gambling. Making light of such issues is a problem for companies trying to do business in an already controversial space.”

SmartCompany contacted Lottoland for comment but did not receive a response prior to publication.

No idea why they bothered to discontinue the third ad, the ASB’s enforcement is a joke after all.