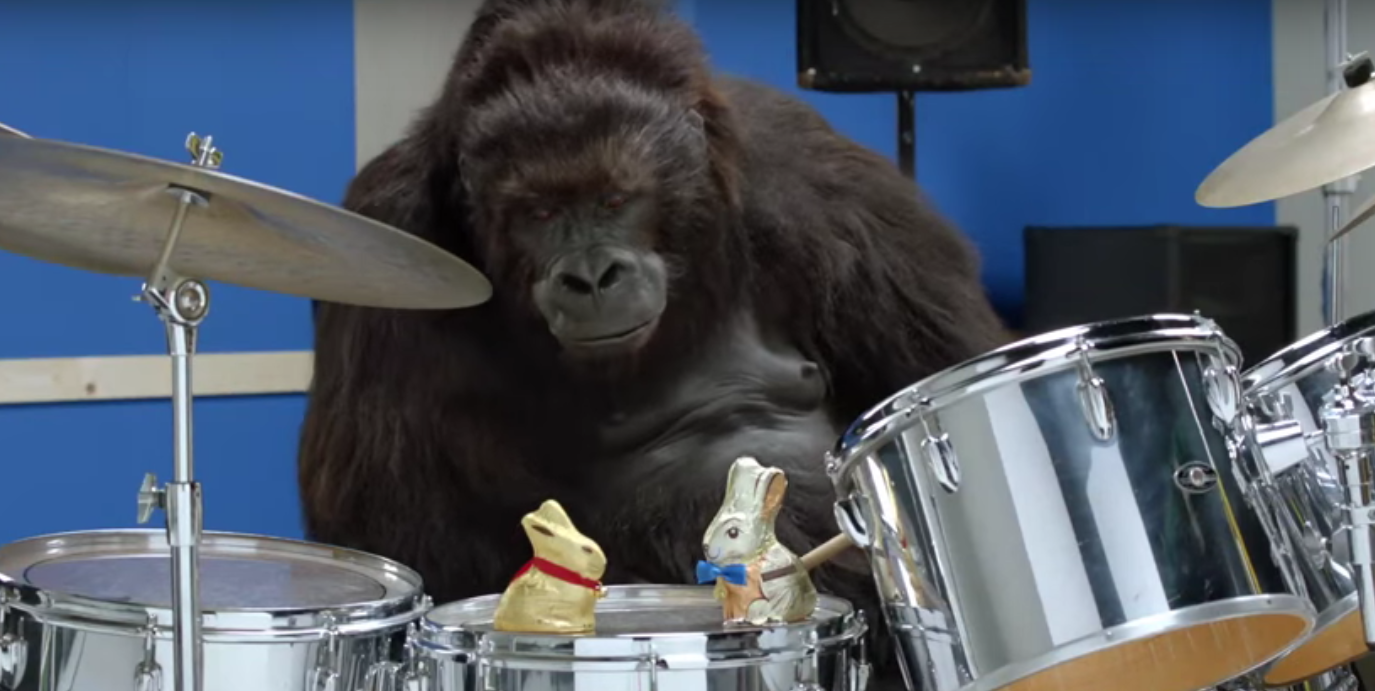 Aldi has borrowed Cadbury’s famous drumming gorilla in a bid to promote its chocolate in the lead-up to Easter.

Cadbury’s original ad, which featured a gorilla playing the drums to the 1983 Phil Collins’ song The Air Tonight, has won numerous international awards and has even been named one of the most popular television ads of the 21st century.

Aldi’s reimagined ad, which is being broadcast in the United Kingdom, features a gorilla sitting at a drum kit sniffing two chocolate bunnies.

One is a Lindt bunny, advertised for £2, while the second is an Aldi version for 99 pence.

The gorilla then hits the drums excitedly before saying, “If you like that, wait to you hear me on the piano.”

The ad also cites research that suggests 93% of people who like Lindt’s chocolate bunny also like Aldi’s product.

“I love Aldi’s advertising. They can afford to take some risks because people already know what they’re about. I think it’s a great idea.

“Cadbury spent millions of dollars on that campaign, and then for Aldi to come along and leverage it to promote their high-quality, low-cost chocolate at very little expense… the irony isn’t lost.”