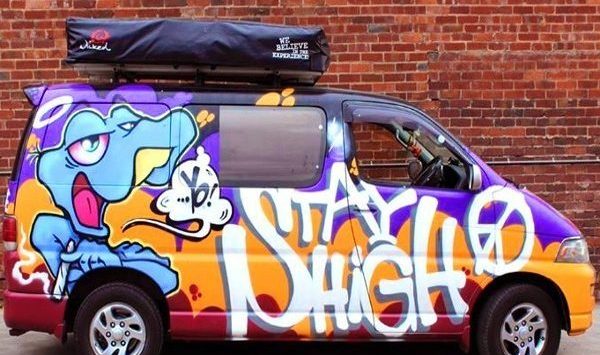 Businesses that fail to remove offensive slogans from their vehicles in Queensland will face the prospect of having their registrations cancelled, as a result of a legislation that was approved by the state’s Parliament on Tuesday.

The Queensland government introduced the legislation in response to complaints about some of the slogans plastered across hired vans, including those owned by Wicked Campers, reports the ABC.

The changes will allow the state’s Department of Transport and Main Roads to cancel vehicle registrations if the owners of the vehicle fails to adhere to orders from the Advertising Standards Board to remove offending slogans within 14 days.

Wicked Campers has previously been the subject of public protests and petitions, as well a large volume of complaints to the Ad Standards Board, which has upheld complaints about the company’s slogans numerous times.

However, industry self-regulation of advertising on vehicles means companies are not compelled to respond or act on the Ad Standards Board’s rulings.

The Queensland Transport Operations (Road Use Management) (Offensive Advertising) Amendment Bill 2016 is expected to come into effect from March, with main roads minister Mark Bailey saying the definition of “offensive advertising” will include advertising that “uses obscene language, that is degrading, that deals inappropriately with sex or violence or very importantly, that discriminates against or vilifies any section of the community”.

While the state opposition supported the changes, spokesperson Andrew Powell did raise concerns that the regulations may not be effective as they are limited to vehicles registered in Queensland.

“Rookie minister Bailey has just ensure that the Wicked Campers fleet will potentially relocate to New South Wales,” he said.

“Once they’re registered in another state, these laws won’t apply.”

However, Attorney General Yvette D’Ath said the government knows the changes are “only part of the solution”.

“I do believe it’s an initiative that we do need to see rolled out in other jurisdictions,” she said.

While Wicked Campers has often chosen not to respond directly to the Ad Standards Board’s rulings, back in July 2014 the company said it would commit to “changing slogans of an insensitive nature”. The comments were in response to thousands of people signing an online petition, which was started by a Sydney woman when her 11-year-old daughter saw a Wicked Campers slogan that said: “In every princess, there’s a little slut who wants to try it just once”.

Lauren Rosewarne, a senior lecturer at the University of Melbourne and an expert on sexuality and gender in advertising, previously told SmartCompany that despite public protests and complaints, the only thing that will force Wicked Campers to change its slogans is if governments get involved.

However, Rosewarne said any government action would likely have ramifications for other business owners.

Oh please! Surely the Qld government has sat more important things to worry about than this! The QR Train Driver fiasco would be one!