Your Say: Can advertising overcome the scourge of indifference in 2014? 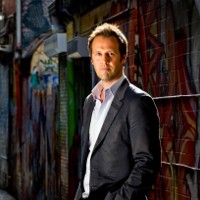 Nobel Prize winner Elie Wiesel once said, “The opposite of love is not hate; it’s indifference.” When you put it like that, it would seem quite tragic if a year of your life was described as indifferent.

Sadly for the communications industry, and quite worryingly, the average Australian appears to feel quite indifferent towards the work that’s been served up to them throughout the past year.

Research is telling us the scourge of indifference towards marketing messages in particular has affected Australian consumers more than any other nation.

Our indifference during this past year was certainly put to the test. We’ve seen a multitude of events that required heavy consumer engagement: the launch of the iPhone 5s and c, the iPad air, a visit from Beyonce and One Direction and, of course, our very forgettable federal election.

And yet, we remained largely indifferent to the marketing messages designed to get us involved. Was our interest piqued by advertising? In fact, a startling 79% of people said advertising is bad at getting their attention*.

Why are we so indifferent?

Several forces appear to be at play. Firstly, consumer empowerment is breeding a kind of ‘marketing avoidance’.

Today’s cluttered, digitally complex ‘me-conomy’ has bred a consumer that is increasingly empowered and cynical about marketing. They hate being sold to, are fully capable of finding information for themselves and trust the advice given about products and services from almost anyone but marketers.

No wonder then that they are becoming increasingly indifferent to uninvited ‘selling’ interruptions, with a staggering 77% of Australian’s claiming that they “actively avoid” interacting with brand marketing*.

Secondly, media and marketing fragmentation is creating confusion that turns consumers off.

As a result, ‘marcomms’ activity is suffering from ‘idea blur’. Idea blurseeslots of executional ideas occurring in different channels that lack focus on brand and therefore present a disjointed picture to consumers.

The end result is ‘brand schizophrenia’ and that too fuels indifference, with 87% of Australians finding inconsistent brands “off-putting”*.

Sheer volume may also be to blame. The average Australian is now bombarded by more than 3000 advertising messages every day. Fifty years ago people saw fewer ads in a lifetime than we will see in one year. Yet, in spite of this, the marketing industry continues to believe in the myth of the engaged consumer.

Digital is often cited as the saviour ­– the channel where eager consumers lean in – keen to like, share and participate.

But the stats from 2013 tell us otherwise: 80% of Australians are turned off by online advertising* and when it comes to ad avoidance, online is the channel that wins hands down – across all age groups**. Marketing in social networks is the third most avoided channel and when asked only 6%* look for brand interaction in the social space and 97% do not want more brands in their social space.

Despite all of this, the news is not all bad. Consumerism continues its onward trajectory in Australia. Consumer spending increased to more than $200 million in the second quarter, up from just under $199 million in the first quarter. It’s just that our consumption of marketing messages isn’t keeping up.

So what are we doing wrong?

And how as an industry can we work to cut through this clutter and turn this marketing indifference around in 2014?

Firstly, let’s be clear, marketing remains very necessary and incredibly relevant. Whilst the consumer may not think they need it, business certainly does.

Executed well, marketing is still the most powerful and informative tool for a consumer to learn about products and services. And in a product world of sameness and imitation, big brand ideas that build brand equity remain the last unfair competitive advantage. In today’s cynical oversold society, creativity within any business is one of the most powerful arsenals you could wish for.

And finally, and perhaps most importantly, we need to stop drinking our own Kool-Aid – and take a real hard look at what motivates consumers to truly engage with a brand. Only then will we find a cure for indifference, and make 2014 the year of engagement.

John Gutteridge is the CEO of advertising firm JWT Australia and New Zealand.