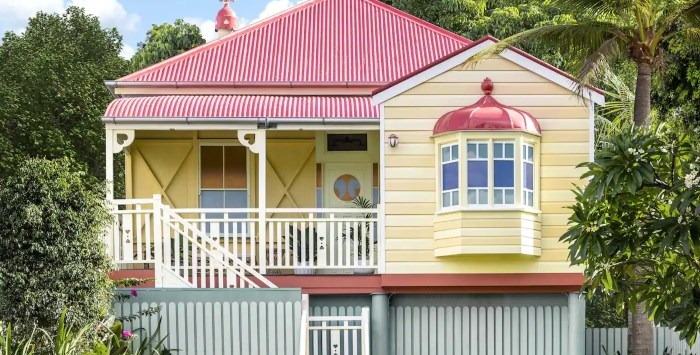 The international borders haven’t even reopened yet and a global travel brand is already stealing the show. Airbnb knows how to do PR. The brand’s used it as a powerful lever many times before in the past, and since COVID-19 hit, its strategy has been to double-down.

The slew of ‘Only On Airbnb’ one-of-a-kind, headline-worthy stays — from a floating house on the water in London, to a shark-tank bedroom under the water in Paris — have been masterstrokes of marketing and the latest creation on a leafy street in Brissie is no different.

The bookable two-bedder with a bone-shaped chimney recreates in meticulous detail the house from Bluey. Whether you have little ones or not you’ll know this homegrown show; it’s streamed in over 60 countries and well-deserving of its place on Interbrand’s 2021 Breakthrough Brands list.

Why would a travel brand pair with a kids’ show, and why does it work so well? I spent a large chunk of my early career working in the travel industry. I’ve seen campaigns soar and flop horribly. This one has magic to it.

Thematically, after two-and-a-bit years of general crappiness, a campaign like this which leans so heavily into the notion of play just feels joyful. Even those of us who are well past the age of 10 just want to put reality on hold for a bit and muck about, making duck cakes and bean jokes.

Bluey is all about play. Airbnb is all about dreaming. There’s a natural fit between what the show’s characters demonstrate to kids and what Airbnb has manifested in this colourful Queensland property.

Bluey’s home fo’ real life in Brisbane today! 🏠 It’s been building for over a year and it’s unbelievable to see this on @Airbnb today 🧡 🛏 https://t.co/xOu93ujsQe #bluey 💙 pic.twitter.com/Lrg3ZlluZP

But it’s not just about the physical place they’ve built. It’s about the experience of being there. At least, this is strategically what Airbnb are seeking to underline.

It’s why years ago it started to shift into bookable activities — something that’s morphed since into a broader Airbnb Experiences offering — and it’s why as part of this campaign there’s even a Bluey ‘interactive jam session’ (for those overseas to join in on).

Airbnb want to separate itself in people’s minds from the generic and bland, accommodation booking mega-websites it compete against. With a post-pandemic ‘travel revolution’ apparently ready to take off here in Australia, it’s a proactive move from the brand.

No coincidence then that to enter the competition to stay in the Bluey house you literally need to step through the same booking process you would for booking any other Airbnb property. It’s good behavioural coaching. 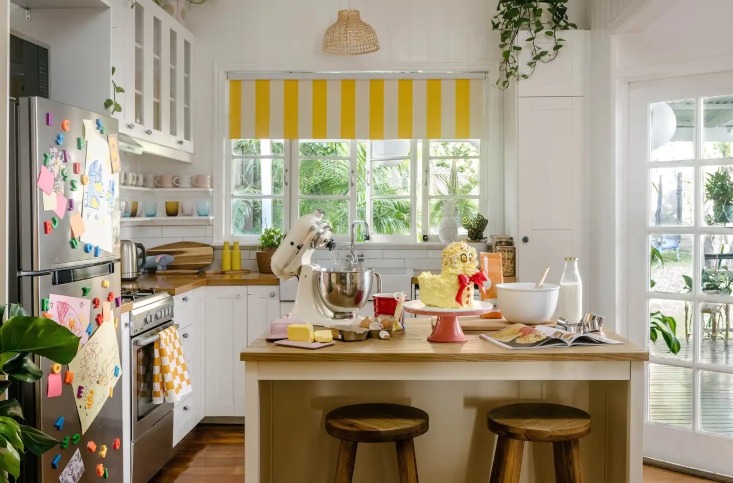 The kitchen has been recreated to include a range of treats, including Bandit’s famous duck cake. Source: Airbnb.

Sure, it’s meant to particularly resonate with all those families with young kids out there, gagging to get away from their patch. That’s the obvious bullseye, and why teaming up with such a beloved, enormously popular show makes sense for Airbnb.

But tactically, at an executional level, the fact they took a year to nail this and get every little aesthetic detail of the house so right (down to the snacks in the fridge), is why the stylised photos of it have become internet gold dust in a matter of days.

The reach of this campaign is already well beyond families and fans of Bluey, but of course the savvy marketers at Airbnb would have anticipated this. Their ‘Only On Airbnb’ campaign platform is tried-and-tested, and we’re in for a treat with the next Australia-based one.

Until then, it’s all about keepy uppy and duck cakes.

Sebastian Neylan does growth marketing at Up, and was formerly the director of online marketing at Lonely Planet.

VB’s jab ad shows nostalgia is the way ahead

VB has harnessed the power of nostalgia to create one of the most powerful piece of vaccination communication we've seen, writes Ben Birchall.

The new Flybuys ad unearths a universally human experience, then wraps itself inside a unique, culture-specific, heavily-branded, witty and crazily memorable musical expression.