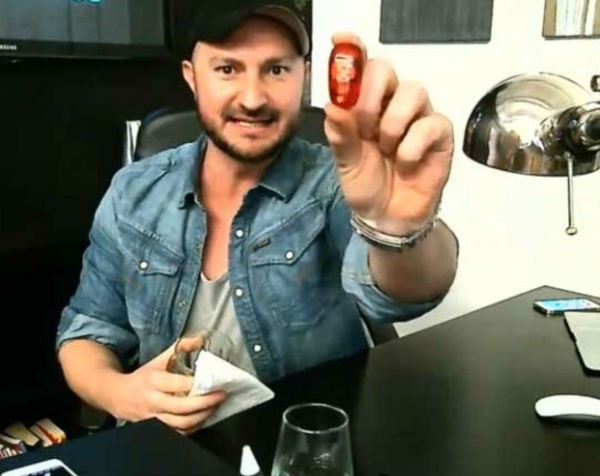 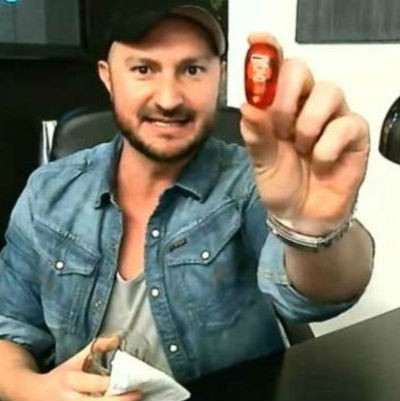 In a bizarre publicity stunt, Chris Koch, co-founder and chief executive of the app Pop!, swallowed a computer in a pill yesterday.

He swallowed the pill yesterday in order to promote a competition to “Pop the boss” where participants can win a cash prize of $10,000.

The competition ran for 24 hours or “hopefully enough time for the pill to ‘run its course’.”

The whole process is being live streamed for your viewing pleasure.

Koch described the stunt as “genuinely dangerous” and said while entrepreneurs are known to go to great lengths for their startups, he is “taking things to the next level”.

But he’s not the first entrepreneur to do something stupid all in the name of publicity.

Getting the bomb squad called in

A public relations stunt for video game maker Ubisoft backfired spectacularly when the police bomb squad was called to ninemsn’s offices in Sydney.

The bomb disposal unit was called in earlier this year after a reporter was sent a beeping black safe with a ransom note telling her to “check her voicemail”.

Entrepreneur Angela Sweeney entered the ‘Bird Man’ competition at Sydney’s Manly Wharf some years ago as a cheap way to launch her business at the time, a salon. Staff turned up and handed out 1000 t-shirts, giving $20 off first visits.

“We were able to talk on the microphone and announce our business and it worked a treat. The crowd roared and it went down as a huge success,” Sweeney told SmartCompany.

Sweeney monitored how many of the vouchers were returned to work out how many participants remained repeat customers.

After the success of the stunt, which garnered air time on The Footy Show and saw over 500 people bringing in their vouchers a month, Sweeney now works as a business consultant.

Dressing up as a female flight attendant

Richard Branson is known as the undisputed king of publicity stunts, so we had to include him in this list.

His stunts have included dressing as an astronaut, flying a hot air balloon around the world, driving a tank up New York’s Fifth Avenue and more recently dressing up as a female flight attendant.

Branson engaged in the cross-dressing after wagering a bet his Formula 1 racing team would finish higher in the 2010 season than that owned by Air Asia X boss Tony Fernandes, who worked for Branson at Virgin in the 1980s.

Whoever lost the bet would have to serve as a flight attendant for one flight on the other’s airline. Fernandes took the bet, and won.

The fast food chain took the 10-metre tall mango from Bowen’s Visitor Information Centre earlier this year with the fate of the mango unknown for over 24 hours.

Nando’s later claimed responsibility for the stunt and returned the Big Mango to its rightful home.