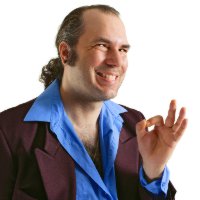 What does a bank, chocolate biscuits and an electronic reading device all have in common?

They are among the country’s shonkiest companies and products according to consumer group CHOICE, which revealed the winners of its annual Shonky Awards in Sydney today.

The Shonky Awards go to “products and services that are sneaky, slippery, unscrupulous and sometimes unsafe” and this year CHOICE received 1041 nominations from unhappy consumers.

One of the Australia’s big four banks landed the top position this year for its “questionable at best” response to its financial planning scandal.

“After a long delay in acknowledging fault, they lobbied to remove financial advice protections while offering up a slick PR campaign in an attempt to apologise for losing consumers’ life savings,” said CHOICE.

It seems not everyone was a fan of Arnott’s latest experiment with the iconic Tim Tams.

“Not only did the company forego peanuts in its ‘peanut butter flavour’ biscuits (though paprika was a surprising inclusion), they offered poor value by cutting two biscuits and 35g from the pack while maintaining the same price and package size.”

S26 Gold Toddler and Junior powdered milk made the cut this year for what CHOICE dubbed “a devious dose of spin” by claiming the products are nutritious.

“The problem is professionals advise that toddler and junior milk drinks aren’t needed for healthy kids over the age of one, and that the focus should be on increasing solids and developing better eating habits,” said CHOICE.

Commonwealth Bank isn’t the only bank on this year’s list, with Bankwest also making the cut for its apparent act of switcheroo with its Bankwest Kids’ Bonus Saver account.

CHOICE says the bank offered young savers a 12-month teaser rate of 5.75% on the account but then swept “all but $1 into a low interest account paying just 1% for amounts below $3000”. And kids who made a withdrawal had their interest rate reduced to just 0.01%.

“We think banks who raid kids’ piggybanks should be rolled in lemon scented mud,” said CHOICE.

It was just last month ago that fans of the cult cooking appliance were in a spin over the stealthy release of its new model.

According to CHOICE, Thermomix “shredded” the trust of its consumers.

“The company’s decision not to notify consumers of the imminent release of its first new model in seven years in a bid to keep spinning dough was nothing short of shonky,” said CHOICE, which on a more serious note, has referred the matter to the ACCC.

The discount department store makes an appearance on this year’s list for selling budgie smugglers that become, ahem, see-through when they get wet. The retailer’s advice? Avoid “excessive contact” with sunscreen, oils, rough surfaces and heated pools and spas.

Amazon may be one of the globe’s largest brands, but that doesn’t give it a free pass when it comes to the Shonky Awards.

CHOICE said it has also referred Amazon to the ACCC for claims about the battery life of its Kindle Paperwhite e-reader, which the retailer says can last for eight weeks, when in fact the fine print reveals the battery can last that long, as long as it is only used for 30 minutes a day.

“Don’t judge a book by its cover – this marketing spin is almost as creative as an Enron financial audit,” said CHOICE.