Australia’s airlines are vying for your company’s money: Behind their SME loyalty programs 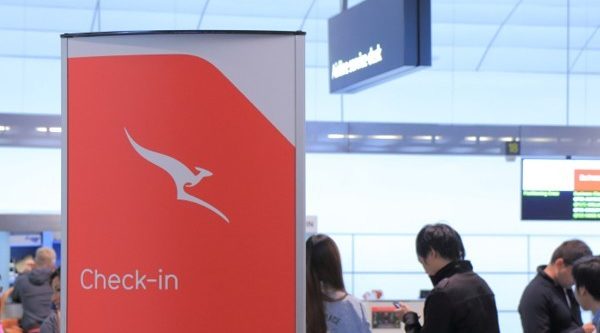 Australian airlines are fighting it out to capture more small business passengers, with on-the-ground partnerships with other businesses set to play a bigger part in Qantas’s loyalty strategy.

The flying kangaroo has announced a number of initiatives in recent weeks, including a plan to fly direct to London, but when it comes to establishing business-focused loyalty programs, Virgin Australia actually beat the airline to it.

In 2009 Virgin created the “Accelerate” program to entice business customers with fare discounts as a reward for big travel spends, and in 2014, Qantas launched its “Acquire” program for business travellers.

The “Acquire” platform has been rebranded this week as “Qantas Business Rewards”—an SME frequent flyer program that lets a business accrue points when their employees fly with Qantas, while still allowing the passenger to gain individual frequent flyer points.

The new format includes partnerships with brands like Caltex, with SMEs to gain business points when they buy fuel or food and drinks from Caltex or get their vehicle serviced.

“This is another reason for businesses to choose Qantas, on top of the network reach, reliability and level of service we offer,” Qantas chief executive Alan Joyce said of the deal.

Businesses or sole traders with an Australian Business Number can apply for the scheme, which delivers tiered rewards based on a business’s travel spend.

Meanwhile, Virgin’s business program offers percentage discounts on fares, depending on how much a company spends on flights each year. Members also accrue points if they fly with the airline’s partners, include Air New Zealand, Delta, Etihad and Singapore Airlines.

The two airlines have embarked on restructure plans over the past few years and are at different stages of the process, but both have a strong focus on capturing Australia’s domestic travel market.

Virgin Australia’s restructure contributed to a statutory loss after tax of $224.7 million for the 2016 financial year, however, chief executive John Borghetti was keen to highlight that earnings before interest and tax for domestic flights improved by 45%.

Despite the differences in performance, both airlines focus on loyalty programs when considering the overall of their businesses and track their member databases closely; Virgin, for example, says it has 6.3 million members on the books for its “Velocity” frequent flyer program.

Business-based airline points systems are a common feature in other countries and there are several operations focused on engaging with the new ways SMEs are booking travel. Sandra McLeod, chief executive of Melbourne-founded travel management platform Travelport Locomote, told SmartCompany last year the entire travel industry was grappling with the fact that Gen Y businesspeople want complete control and choice over their work travel.

“It’s 30-year-olds that are coming up the ladder. They want to book their business travel the same way they book their leisure travel,” McLeod said.

“Younger travellers want to take control of their own bookings.”

But while Australian airlines are increasingly targeting the small business traveller for loyalty, not everyone is convinced that a points program alone will secure growth.

When SmartCompany spoke to aviation business experts about the Qantas turnaround in 2016, they highlighted the need for airlines to chase new routes and customer demand, in addition to existing audiences, in order to maintain momentum.

Read more: Lessons for SMEs from the Qantas turnaround—why the work is never done

Consumer behaviour expert Bri Williams told SmartCompany while targeted and tiered rewards programs can work well, it’s often better for businesses to focus on processes that will make your services indispensable to customers.

“The better way to go about it is to create an ecosystem in which the customers feel compelled to use their product,” Williams says.

Research from Roy Morgan in 2016 found the Woolworths Rewards Project has the biggest reach in Australia, with more than half of the 7000 shoppers surveyed by Roy Morgan saying they were members of the program.

Maxwell Winchester, senior lecturer at Victoria University’s College of Business, told SmartCompany in September while he doubted loyalty programs make shoppers more likely to stick to just one brand, airlines are one sector where they can work.

“If I was to cite any industry that does it well, I’d say airlines do it the best,” he said.

“You have to ask what benefits you can actually give someone that spend that much money.”

“The benefit is if another business has access to a market that you don’t, but there’s complexity in managing it,” she says.

“The key is always communicating simplicity, making it a seamless experience.”

Accumulating points is the really easy part, but when it comes to the spending part, most are not clued up on what to best use points for, and don’t come near getting the most value out of them.

While points programs definitely have an impact, the single biggest factor for most serious businesses is “on time” performance. For many, many years, Qantas was consistently the best performer, which was Virgin’s biggest blocker. A cheaper fare doesn’t help you get to that 10am meeting if your flight is late or cancelled.