Come April 1, companies around the nation get a chance to trick consumers into believing the wildest claims possible. Last year Coles attempted to introduce “hover trolleys”, and pop icon Justin Beiber even made his horseracing debut.

This year was no different, and SmartCompany has rounded up just some of the April Fool’s jokes on offer this year.

The batteries claim to be longer lasting than any other product on the market, with a “thick oat puree” serving as conductive material. The company claims one domestic appliance will run for two years on just two AA oat batteries, but no news was provided on the number needed to keep South Australia’s lights on. 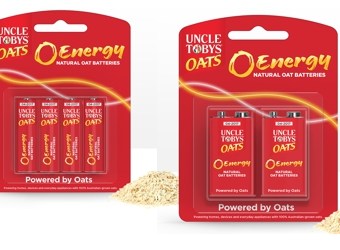 Claiming to “revolutionise” the SME industry, insurance company BizCover said it would be offering insurance for those having a “sartorial disaster” by covering any damage to one’s professional uniform.

“For many of us, our personal and professional appearance is highly important. It signals to our customers, our staff and our competitors that we are the real deal, nay a BIG DEAL,” BizCover said in a release.

The company said it would launch a number of packages to cover all sorts of workers, from the Hard Yakka package for those in safety gear, and the Artisan package for those needing “the latest in hipster fashion”.

When “disaster strikes” business owners can just call the hotline, state their name and location, and have a set of fresh threads delivered in one to three hours.

The New Daily reports Melbourne mayor Robert Doyle tried to trick readers of the Herald Sun by claiming the city would be sticking with daylight savings in an attempt to boost trade.

“We know in warmer months and during daylight savings more people go out for a meal after work, catch up with friends. We should continue to embrace that,” Doyle reportedly said.

Whilst any attempts at trade boosting is welcomed, the loss of an extra hour of sleep will undoubtedly leave many SME owners faced with a conundrum.

4. Boost Juice’s knickers get people in a twist

Boost Juice has a history having April Fool’s Day pranks lead to actual business ideas down the line. The company used the customer response from a gag it made about drive-through stores as the basis for its first actual drive-through format, which launched this month.

However, this year’s attempt went beyond the traditional food and drink offering of the juice chain, with the business promising from 12pm on Saturday punters would be able to add some fruity underwear to their smoothie orders thanks to a new Boost product range.

The designs on offer included bras adorned with oranges and strategically placed kiwi fruit on a pair of men’s trunks. And while the business gleefully admitted it was all a joke, it did say “these could potentially become a real thing so keep your eyes and knickers peeled”.

Australians love shopping at Ikea, and the homewares retailer’s presence on our shores has inspired a solid affection for all Sweden has to offer. Harnessing this enthusiasm, the retailer announced on Saturday it would be launching an airline, FLIKEA, which would be offering non-stop flights between Australia and Sweden from 2019.

“Not only will our planes offer unparalleled comfort, but they will get you from Sweden to Australia a full five hours quicker — all for a fraction of the cost,” an Ikea spokesperson said, reports The New Daily.

The announcement got significant support from customers, though many did question whether passengers would be asked to put together their seats on board with an allen key.