Brain gain: How neuroscience can improve your business’ marketing today 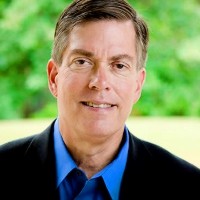 EEG medical tests have traditionally been used to diagnose a range of neurological conditions such as epilepsy, sleep disorders and brain tumours.

But a growing number of businesses are now using the tests, which track the electrical activity of the brain, to measure the impact of their marketing campaigns, says author and neuromarketing specialist Roger Dooley.

Dooley is the founder of Dooley Direct marketing consultancy and author of Brainfluence: 100 Ways to Persuade and Convince Consumers with Neuromarketing. Speaking to SmartCompany from his home in Texas last week, he says neuromarketing is about applying what science has already established to the field of marketing.

“There are different definitions, but neuromarketing relates to any use of brain or behavioural research to improve marketing,” says Dooley.

Dooley says corporate giants such as Coca-Cola are spending thousands of dollars on neuromarketing studies of their advertising, but that kind of money is out of the question for many small businesses.

Instead, Dooley says SMEs should focus on incorporating lessons from neuroscience into their existing marketing activities.

“Looking at how people process information and behaviour in various ways is really important,” says Dooley.

“For example, persuasion psychologists have found you can convince people to do something if you do them a small favour first,” he says. “Reciprocity can produce a result because people are wired to feel obligated.”

“So you are better off doing something [for customers] without any conditions and they are likely to respond in kind,” says Dooley.

The fonts used in advertising can also be important neurological cues, says Dooley.

He cites a study in Minnesota which presented two groups of people with the same two sentences of instructions. One group was given the text in a clear, easy-to-read font, such as Ariel, while the other received the text in a harder-to-read, serif-style font.

“This can help businesses create better ads and a better website,” says Dooley. “If you are asking people to fill out a form, use an easy-to-read font and short, simple language.”

Taking the findings one step further, Dooley says it is easy to see why getting things like the colour contrast of your website right is important. “The difficulty of reading something will translate to the task.”

Other lessons from neuromarketing are less obvious, says Dooley.

“Other research has shown unusual things, for instance, emotional transference can happen when you hand someone something on a clipboard,” says Dooley.

He says research has found if a manager is handed a resume attached to a heavy clipboard, they will perceive that candidate as being more important or worthy.

And when it comes to using social media, Dooley says research has shown social activity, especially ‘liking’ the same thing as someone else, has a positive relationship with persuasion.

“Every situation is different … there is so much research which illuminates aspects of human behaviour,” says Dooley.

One area in which neuromarketing has particular relevance is how businesses can create a social identity, says Dooley.

“Brands establish what is called a social identity,” he says. “Apple is an example of a brand doing that, the Apple image is fun and creative and what sets them apart.”

Dooley says Apple has also successfully created an image “the other”, or people who don’t use Apple products, starting with its famous “1984” commercial and continuing with its more recent television commercials featuring a young and cool Mac guy next to a nerdy PC guy.

“They have a light-hearted tone, but they also point to the characteristics of PCs, such as their vulnerability to viruses and reboots,” says Dooley. “It’s an ‘us and them’ strategy.”

But Dooley concedes small businesses don’t necessarily have the same ability as Apple to create such a distinct social identity. What they do have is an opportunity to find “commonality with their customers”, he says.

“Show you are like them in some way,” he says. “If you’re selling car parts, show that you’re a car person, that you’re an enthusiast. If you share something in common, you’ll be more successful.”

Dooley gives the example of PetSmart, a US chain of pet stores that features images of its executives holding cats and dogs on its website.

“It shows they are not just stiff executives,” he says. “They are saying: ‘We’re pet owners just like you’.”

If Dooley has one piece of advice for small business owners, it’s “don’t assume your customers are rational, economic beings who make decision on features and benefits and price alone”.

“Your customers are humans and they will behave in human ways,” he says. “But understanding how our brains work will help.”

Roger Dooley is the author of Brainfluence: 100 Ways to Persuade and Convince Consumers with Neuromarketing. He is speaking at the ADMA Global Forum which runs from 29-30 July at Sydney’s Hilton Hotel.