Aldi gives its logo a refresh: How to redesign your brand without shocking customers 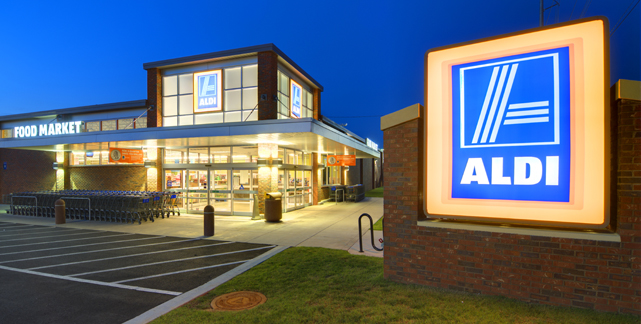 Discount supermarket chain has overhauled its branding and will roll out a redesigned logo this year, and while it’s keen to promote its new “contemporary” image, one branding expert warns SMEs against changing too much of their branding too quickly.

The new logo will be used by the German company in stores across the world, and Fairfax reports it will be rolled out country by country from the middle of the year.

The logo change is already live on Aldi’s new Chinese website, and the company has filed trademarks for the change with IP Australia.

The new imagery has the same yellow-orange border as the current logo, but instead of sharp blue lines within a box forming an “A”, the company has opted for something a bit smoother.

The lines have been replaced by “ribbons” which form the iconic “A”, and the white “ALDI” block letters have received a similar curved re-work.

The company has also filed for a different version of the curved “A” logo, appearing on a white background with no blue background or border. 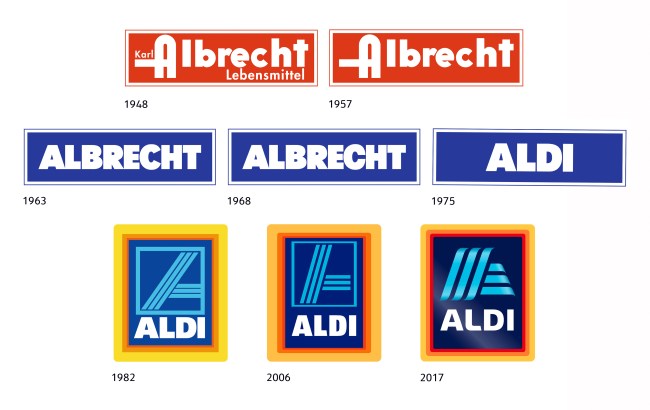 Leah Bridge, brand consultant and founder of Golden Goose Consulting, believes Aldi’s choice to rebrand could be in a bid to change consumer perceptions of the business.

“It may be trying to change how its target audience sees the business and the brand, it may want people to view it as more ‘modern’,” Bridge told SmartCompany.

“It also sounds like they’ve found clarity in their business’ mission and values, and is rebranding to align their look with their mission.”

In a statement to SmartCompany, an Aldi spokesperson said the logo was designed to “reflect the contemporary image of ALDI and key developments it has recently undertaken”.

“For more than 50 years internationally and 16 in Australia, ALDI has been focused on a simple concept: High-quality products at the best possible price. The principle of simplicity is reflected in the new logo,” the spokesperson said.

Logos must reflect a company’s values

Bridge believes Aldi’s changed branding may be too much too quickly, and says the company should have tried to “morph” the logo. However, she says smaller business have the luxury of being able making big changes without much worry of consumer backlash.

“SMEs have the luxury of doing a complete rebrand if their branding isn’t matching the direction of their business,” she says.

“For Aldi, this might be too much of a change. They want to appear stable and consistent to customers.”

Consumers have so far been critical of Aldi’s new logo, and Bridge has labeled it “cringeworthy”. One Twitter user said the company’s new logo was like “the Aldi version of the Aldi logo”.

The new #aldi #logo looks like it belongs on a 90’s credit card. Should of kept it flat. #branding pic.twitter.com/Kfq3iYiSgb

For smaller businesses looking to tackle branding changes, Bridge advises these should always be focused on how to best represent your business’ values.

“SMEs should look at who they are internally reflecting who they are externally, and if they notice something out of alignment, they need to take action,” she says.

“The brand has to feel like it fits, and it has to marry up to how the business feels and functions.”

As for the German retailer’s new streamlined “ribbon” approach, Bridge says businesses should strive to appear modern as long as it aligns to “who you are”.

“Aldi’s not a luxury brand, it’s a peoples’ brand,” she says.

I like it – more modern, softer, pleasing on the eye and ladies would LOVE IT – & in there lays the key !

“It also sounds like they’ve found clarity in their business’ mission and values,” says a brand consultant. Yeah, like about 50 years ago.