The makers of Coon Cheese have unveiled a new name for the well-known dairy product after a six-month process to give the 85-year-old brand a new identity.

Cheer Cheese will appear in supermarkets around the country from July, according to a statement from Canadian-owned parent company Saputo Dairy Australia, released on Wednesday morning.

Saputo has owned the Coon brand since 2015. In July 2020, the company announced it would “retire” the Coon Cheese name in response to increasing calls for brands to move away from product names that have racist connotations.

The product was originally named after American Edward William Coon, who patented his cheese-making method, known as ‘Cooning’, in 1926.

However, the word ‘coon’ is also a racist slur against people of colour. 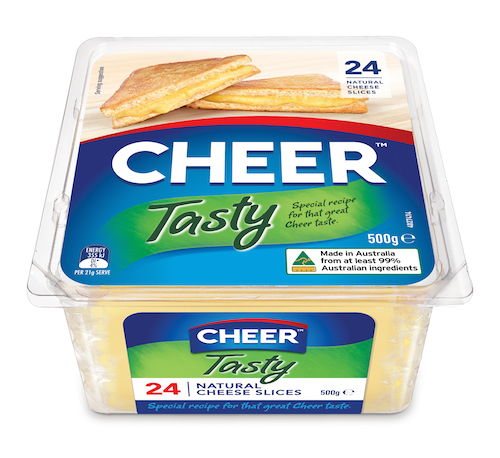 Saputo said it undertook a “careful and diligent review to honour the brand affinity felt by our consumers while aligning with current attitudes and perspectives”.

“Treating people with respect and without discrimination is one of our basic principles and it is imperative that we continue to uphold this is everything we do,” chief executive Lino A. Saputo said in the statement.

“Our decision to change the name of Australia’s much-loved cheese reinforces this commitment to build a culture of acceptance, inclusion and respect where everyone feels a sense of belonging.”

Saputo commercial director Cam Bruce said the name Cheer was chosen because the cheese “fits into every part of your day and brings that extra little bit of happiness”.

A number of other brands also distanced themselves from longstanding product names that use historical racial stereotypes during 2020.

Nestle renamed its Chicos lollies Cheekies, but a similar move to rename its Red Skins confectionary was met with criticism, given the name ‘Red Ripper’ is associated with serial killer Andrei Chikatilo.

In the US, a host of other prominent brands also rethought their branding and packaging in response to calls to drop racial stereotyping or racist imagery.

Coon is finally retiring its racist branding: Here’s why it took so long

The makers of Coon cheese will have paid close attention to the publicity surrounding Nestle’s rebadging of Red Skins and Chicos.

The fallout from a craft beer company's controversial branding decision shows the time for sexism in advertising and marketing beer is done.