Fancy a 90-year-old pale ale? How about a near-century old lager? Though it might not sound too appealing, entrepreneur Toney Fitzgerald is bringing back a regional Australian beer brand that last made beer in 1926.

Regional New South Wales brewer Walkers Brewing Co had its heyday between 1895 to 1926, when it was owned and operated by James Walker. At the time it was “as big as Tooheys and Resch’s” Fitzgerald told SmartCompany.

However, brewing ceased abruptly in the early 20th century, and over time, people forgot the Walkers name. That was until Fitzgerald came across an old photograph in the library in Orange, New South Wales.

The photo, “complete with horse drawn delivery carts and men in bowler hats”, inspired Fitzgerald to try to resurrect the brand.

“I always had the intention to launch a craft beer because the business was on the surge, so I identified the opportunity straight away,” Fitzgerald says.

“I grew it to have 280 coaches and 25 staff over two years, then I sold it back to the parent company three years later,” Fitzgerald says. 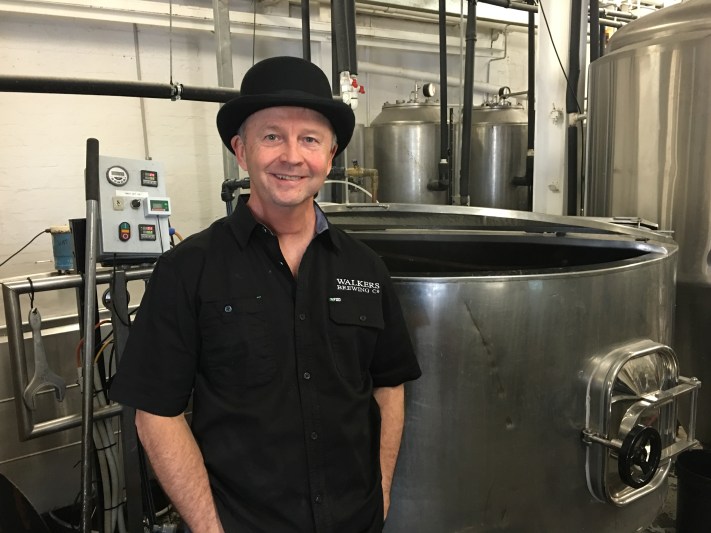 Fitzgerald initially tried to find remnants of the ancient brews at the old Walkers brewery in Bathurst, but come up empty handed. He was determined to recreate the much-loved label, but his options were limited.

“It was like a treasure hunt, I just kept going after information and I got to a stage where I couldn’t go any further. It was like I’d hit a brick wall,” he says.

“I decided to put a story in the Daily Telegraph looking for any of James Walker’s ancestors. I got a few emails but nothing really came of it.”

Three months after the story went online, Fitzgerald woke one morning to an email from one of James Walker’s great-grandchildren. After further correspondence, Fitzgerald came into possession of Walker’s brewing journal, recipes, and 15 original beer labels.

“They gave us a great insight into what they did back then, they replicated a lot of the label and brewing styles popular in America, which is probably what made them so popular,” Fitzgerald says.

Modernising the older formulas hasn’t been easy, says Fitzgerald, as he and his head brewer Neal Cameron have struggled with some aspects.

“The beer formulas we have, you just can’t source some of the stuff in there, and you can’t perfectly replicate the old way of brewing,” Fitzgerald says.

Fitzgerald originally intended to launch the beer in 2012, but the process was delayed for four years after he fell ill.

“I had a bout of cancer in 2012 just when we were going to launch it, so I had to put it on hold and put my wellbeing first. Then in 2014, I got my stuff back together; I had my trademarks sorted and a business plan worked out, but in February of 2015 I got cancer again,” he says.

After recovering, Fitzgerald thought he was clear to launch the beer at the Bathurst car races in October last year, but another bout of cancer delayed the launch yet again.

Putting it all on hold until he was certain of his health, Fitzgerald finally launched the revived Walkers Brewing Co this year, and says the response so far has been “overwhelming”.

“We’ve had the first keg run sold out entirely, and we haven’t even started putting it into kegs yet,” he says.

New South Wales’ locals haven’t forgotten about the label either, with Fitzgerald saying “they all love it up here”. Fitzgerald hopes he can one day buy and restore the site of the original brewery. 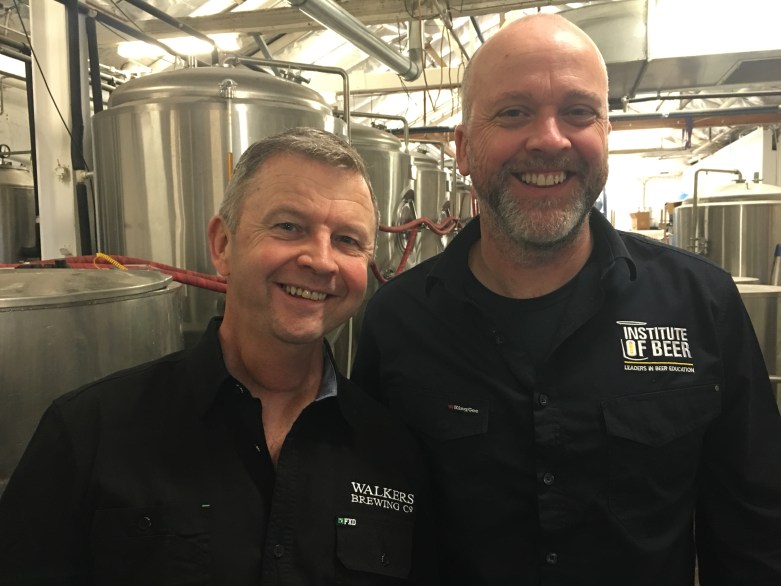 The importance of scaling properly

Looking forward, Fitzgerald believes it’s all about scaling up properly. Currently Walkers Brewing Co is looking for investors who want to get on board, but demand is coming thick and fast for the classic brews.

“We’re launching the first run of kegs next week, and we already have demands for a second run. On top of that, we’ve got to have the packaged and labelled product out by December,” he says.

“At the start of next year I want to open up a restaurant and craft beer bistro. I want Walkers to be a formidable and famous brand again.”

As the business begins to grow, Fitzgerald says it will be essential to get the early decisions right.

“The biggest challenge is getting the scale right and not exposing yourself but also getting it out there,” he says.

“Dan Murphy’s and BWS want the beer, and it’s just about us making the right decisions on how to execute that.”