Feal the fear and do it anyway: Why you shouldn’t be scared of changing your branding

Last week was a big one for me and my team at Marketing Angels as we launched our new website and unveiled new branding at the same time. We were excited and a bit nervous in the days leading up to our big reveal. We were mostly excited because we’re quite happy and proud with the outcome of our rebranding. But we were equally nervous because we’ve had our old branding since 2001 when we started the business and we weren’t sure how people would react to the change.

It’s a little scary to let go of something you had for a long time. Our old branding had served us well, it was distinctive and memorable and we’d had it for 15 years. Changing our branding for us could have been a risk. But we also acknowledged the fact that we needed this change if we want our brand to cut-through and resonate with today’s market.

You know it’s time for you to consider rebranding if:

One thing to keep in mind about rebranding is that it shouldn’t be done just for the sake of doing it. It has to have a purpose and a goal. Remember anything that may have a critical effect on your business must be thoroughly planned and seamlessly executed. Otherwise, you risk a failed rebranding attempt that could stick with your image for a long time.

For example, take these rebranding failures in past decade:

The company attempted to brand a new product line of Vegemite in 2009. They even held a contest to let consumers suggest a name for the new product. The crowd sourcing strategy was a clever move. However, everything went south when the company agreed to name their product iSnack 2.0. The name was dropped after just 5 days.

In 2011, the company proposed separating its DVD-by-mail service from its streaming service and named it Qwikster. Customers instantly left. The company abandoned its plans for the separate service just a month later.

The fashion giant attempted to refresh its logo sometime in 2010. But the rebrand was not met with applause. Instead it received a lot of criticism from people who called their new logo “crap” and “something a child created using clip-art gallery”. A mock Twitter account was also set up to, well, mock the company. The company gave up their hope to connect with people using a new logo only after a week of launching it. 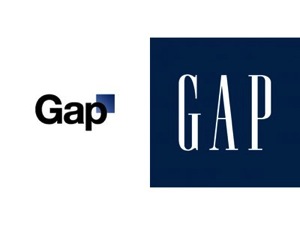 Early last month, Uber unveiled a new logo. The new look was a complete departure from its original icon featuring a stylised “U”. The new icon is a non-distinct image of a square embedded in a circle (in rider apps) or a hexagon (in partner apps). Although the company believes the new look provides consistency and is easily recognisable, many argue it’s a change that could weaken the brand in the long run.

The lesson here is pretty obvious. If you’re going to do it, do it right. Make sure your message is clear. As I’ve said, a big change like a rebrand needs to be carefully planned. It’s important to know when it’s time to update your look. It is really needed? What do you want to achieve? Do you have the right resources to see the project through?

In our case, we knew we needed a new logo that was going to be instantly recognisable. Our brand has always had a feminine flavour to it, which we wanted to retain we but we needed the brand to be more sophisticated, and contemporary. We decided to keep the tagline we had because it still describes how we differentiate our services from others, and we wanted to offer same commitment we have with existing clients since day one. 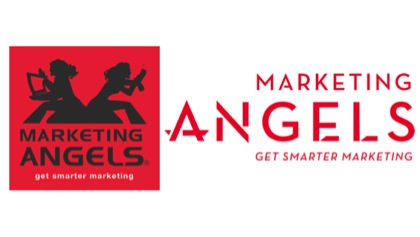 Our old logo and our sparkly new one.

Our new logo looks fresh, professional and contemporary, while retaining the power and femininity associated with our original branding. We’ve received a lot of positive feedback especially from the people who matter to us – our clients. We now have an improved website, with a more modern design. In the end, we got what we wanted and hopefully, more.

If you think change is also inevitable for your brand, we suggest that you seek out help so your money is well spent.