Trashing the brand: ANZ and CBA could pay a high price for choosing profit over people 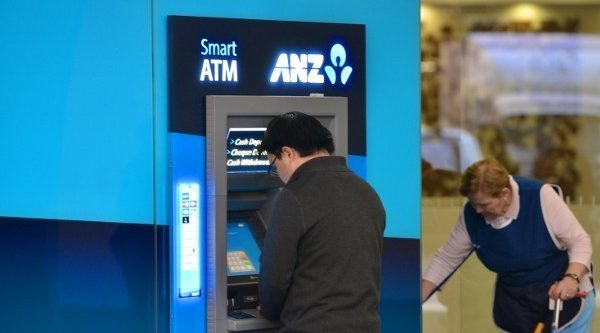 The recent CBA and ANZ scandals show that the big banks fail to understand the long-term pay off from investing in their relationships with people over short-term profit.

ANZ stands accused of unconscionable conduct and manipulating the bank bill swap rate (known as the BBSW) in its favour, short changing its customers and generating illicit profits. In the same vein, it has been reported that employees of CommInsure, CBA’s insurance arm, have deliberately, and in some cases illegally, removed medical details or taken action to avoid or delay the payment of claims.

If these allegations are true, these practices will prove damaging for CBA and ANZ stakeholders and undermine the credibility of both brands and the sector.

Brands as a promise

Annually, companies invest dizzying amounts to sculpt their corporate brands. The investment is made in the hope of creating positive and unique associations that collectively reflect the firm’s values and communicate who they are and what they stand for. For the past two decades, it has been increasingly understood that brands act as a promise – one that extends beyond customers to employees, investors, communities, partners and other stakeholders. Like any promise, evidence of a contravention can seriously damage relations with those relying on it in good faith.

The association that stakeholders – including customers and employees – have with a brand takes significant time and investment to cultivate, but may be eroded rapidly. The CBA website claims they have a “range of conduct codes to ensure we provide a high level of service to our customers”. Similarly, ANZ champion a “deep understanding of customer needs”.

Any disconnect between the carefully crafted formal messages and the less-than-upstanding action creates a dissonance in the minds of stakeholders. Last year’s Volkswagen scandal is a prime example of how quickly, once trust is betrayed, a much-loved brand can fall from grace. As a consequence of untoward behaviour, the shared values and beliefs are undermined destroying employer brand equity.

When actions drown out a positive brand promise

The employer brand promise is created both formally and informally. Typically, employers promise working conditions and remuneration contractually, but also make more tacit promises through the values espoused internally through practice and culture. Consequently, the employer brand of any organisation is not a static, immovable concept, it is continually being created through the interaction of both the firm and the employees.

The employer brand directly impacts on an employees’ employment experience, which has consequences for performance and overall job satisfaction. There are particular conditions that will corrode employer brand success. Both the CBA and ANZ scandals touch on at least two of these conditions; disconnect between the promised and actual employment experience and divergence between the espoused and actual values. By wearing down employee trust, these firms have actively undermined the investments they have made in attracting and retaining talent.

Recent research conducted at Google shows how trust, employee performance and engagement are related. In their long-term quest to understanding the secret of successful teams, Google found that teams who feel “psychologically safe” perform better.

That is, a feeling of stability and safety combined with clear goals and a culture of dependability were the essential ingredients for a team’s superior performance. For now, it’s unlikely that the day-to-day employment experience of most employees at ANZ or CBA has changed significantly, however the psychological feeling of safety is likely to be marred by the recent scandals, detracting from optimal performance, job satisfaction and productivity.

Their ability to attract and retain staff who can best deliver on a superior customer brand experience has also been diminished.

ANZ and CBA have approached restitution with their stakeholders differently. CBA has apologised, chief executive Ian Narev issued a statement in the wake of the controversy, taking ownership and pledging direct contact with victims.

In contrast, ANZ intends to defend against the claims. How these opposing strategies will play out for each institution remains to be seen.

The Volkswagen debacle involved years of public deception; however once the irrefutable truth of its actions was exposed, the CEO resigned and 6.5 billion euros were allocated to cover the amends. The Volkswagen scandal is perhaps still too fresh for us to be able to determine the consequences for the brand, however it has been over five years since BP’s Gulf of Mexico disaster in April 2010. It was found that the disaster was preventable and similar to Volkswagen, the CEO resigned and significant funds have been allocated to restitution. BP has continued to produce “corporate responsibility” reports and herald its position on sustainability.

However, a protest in 2014 by climate activists against BP’s contributions to the Tate Modern show that the public has not forgiven or forgotten the Gulf of Mexico disaster.

Brands are an important investment in social and cultural value

An important question is: what can business, irrespective of industry, learn from this? Cautionary tales like this urge leadership to think beyond the bottom line: to value and cultivate a culture of trust, psychological safety and dependability to enable their employees to thrive in optimal environments. Economic value from profitable business units keeps the lights on, but social and cultural value from staff and customers keep the growth engine firing.