What’s in a name? Why micro-investment app Acorns changed its name to Raiz Invest 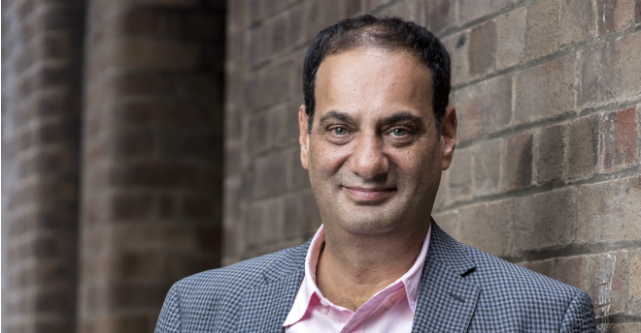 Micro-investment app Acorns has undergone an Australian re-branding and after working through hundreds of possibilities, has changed its name to Raiz Invest.

Acorns Australia launched in Australia in 2016, quickly amassing thousands of users who were keen on the US-founded app, which allowed them to invest small change in the stock market to build up a portfolio of assets.

Investors will have to get used to a new company identity, however, with the Australian venture splitting from the US parent brand after managing direct George Lucas’ company Instreet Investment limited increased its stake in the platform. Acorns Australia began as a joint venture between Instreet and US company Acorns Grow.

In a statement in February, it was announced that “Instreet Investment Limited, through its subsidiary Instreet Acorns Pty Limited, it has increased its holding in Acorns Grow Australia Limited”.

As part of the arrangement, the “Acorns Australia” branding has to change. The US based company, Acorns Grow, will retain a minority stake in the new business structure.

With more than 550,000 in app downloads and more than $150 million in funds under management in under two years, the re-branding has been an arduous task, according to Raiz managing director George Lucas.

“Naming something is really hard, it is so hard, especially in financial services industries,” Lucas tells SmartCompany.

Coming up with alternatives to the Acorns brand name involved a long process of list writing.

“We came up with over 500 names and the top 50 names, we did URL searches and [found] they are gone [already taken], and [of] the next 50 names, maybe ten of them will come up and you send them over to your lawyer, and they come back and say no way,” he says.

However, Lucas is hopeful that despite the re-branding customer will realise that the product hasn’t changed at all and that when “they think of Raiz, they will think of the quality and the service”.

Despite the upbeat attitude of the rebranding, Lucas is under no illusions that this transition is “going to be a challenge”.

Rebranding – not as simple as it seems

Marketing expert Paul Nelson of BrandMatters believes that rebranding a business and changing the name ‘isn’t something that should be done on a whim”.

“It is something that should be considered very carefully,” Nelson tells SmartCompany.

“The first thing that you have to do is consider that customers understand and know that name already and it has a reputation in the marketplace,” he says.

Lucas believes that a name change creates a number of obstacles for a business, the main one being losing existing and potential customers who “don’t know you’ve changed”.

There are certain things that need to take place to circumvent some of the worst-case scenarios that come with rebranding.

Nelson believes that working through a process that involves linking the name of the business to positioning of the company or offer in question.

With smaller companies, “very abstract names” might not be the best place to start looking in a rebrand.

“[A business like] Amazon, what has the word amazon got to do with online global retailing?” He said.

Business names that “carry connotation” which reflect what the business plans to do going forward is important to consider in the process, according to Lucas.

“[A business like] Amazon, what has the word amazon got to do with online global retailing?” He said. He obviously has not bothered to do even the most basic of web searches for the reason the company was so named. Pathetic. Anything else he has to say should likewise be treated with disdain.