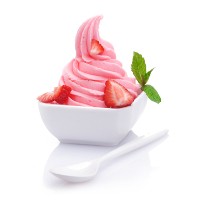 A Brisbane restaurant will no longer allow diners to share meals or “just drink tap water” in a bid to stop non-paying customers from gobbling up its margins.

Freestyle Tout in Brisbane’s Fortitude Valley is known for its desserts, but says tables full of customers not ordering food and drinks is making it harder to cover its costs.

In a Facebook post on Monday, the Freestyle Tout team told customers it would “really really appreciate each individual guest purchasing a meal or dessert or beverage”.

“We would like to reserve table space for paying customers [and] sorry to put it plainly but large groups not eating or drinking does not pay our rent or the wages of our fabulous staff,” said the team.

While some Facebook commenters supported the restaurant’s decision, others said Freestyle Tout is “lucky to have the patronage you do” and they will be taking their dollars elsewhere.

Owner Martin Duncan told the Courier Mail the business he started in 1996 simply won’t survive “with people using us as a meeting place”.

“I don’t want to offend anyone by it, but at the end of the day I have to pay rent, a huge power bill and wages,” said Duncan.

“It doesn’t sustain my business if they just drink tap water.”

Duncan said the policy will be strictly enforced during peak times to avoid long lines of paying customers waiting for a table.

“When people are waiting to get in, when you have big tables having only a couple of desserts and water, I feel for the customers (outside),” he told the Courier Mail.

“I understand in this economy people are more frugal but … when you are paying higher rent like you are at Emporium [shopping centre], I feel this is something that needs to be said.”

But Michelle Gamble from Marketing Angels says Freestyle Tout is already witnessing a backlash from its customers on Facebook and an article in a Brisbane newspaper such as the Courier Mail is “probably not a great thing either”.

“It is a very risky move on their behalf,” Gamble told SmartCompany.

“Business owners must run their businesses in a profitable way as well as meet the needs of the market so I think asking customers to have a minimum order just leaves a bad taste in the mouth.”

Instead, Gamble suggests the restaurant could have tried “a bunch of other things” to improve their takings, while not getting their customers offside.

“They could have tried introducing some dessert sharing plates at a higher price or adjust all their prices slightly,” she suggests.

“They could potentially also offer more casual meeting places for people to have a coffee that don’t require tables.”

“From a marketing perspective, it is a very negative move,” says Gamble. “There are other ways to go about it.”

SmartCompany attempted to contact Freestyle Tout but did not receive a response prior to publication.