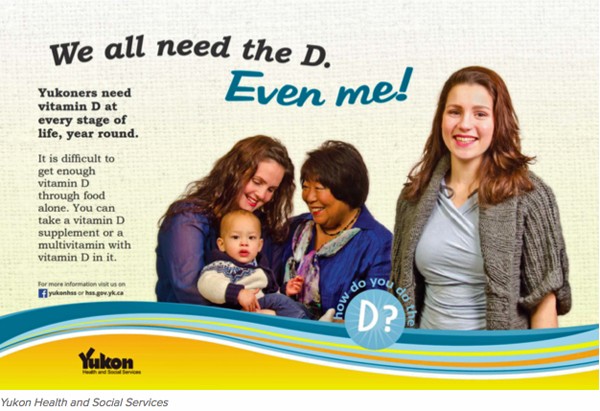 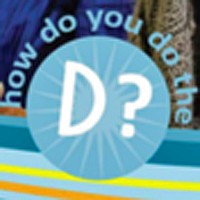 A Canadian health service has been left blushing after an ill-considered use of innuendo in a health campaign for vitamin deficiency.

Vitamin D, which is important in regulating calcium and phosphorus absorption in the body, is at the centre of the Yukon Health and Social Services campaign, which included a number of posters claiming things like “We all need the D. Even me!”

The posters have now been taken offline and removed from local busses, with a spokesperson for the government department telling BuzzFeed Canada the department was aware “the D” is slang for sex but “did not realise that it was as crude as it is now being purported to be”.

Residents in Yukon were being asked: “How do you do the D?”

One of the posters shows a woman looking shocked holding a plate of fish with six glasses of milk in front of her, along with the tagline: “Need a little help…with your daily D?”

“I’m in my 30s, who knew I needed to do the D?” reads another poster with a shrugging man and his less than impressed dog.

The posters began to gain traction on Twitter, with users adopting the hashtags #WeAllNeedTheD and #TheD to make fun of the campaign.

However, the department said in a statement on its Facebook page that the campaign was not a complete waste.

“When trying to reach a young adult audience, Health and Social Services often reaches for provocative and humorous messaging, to great success,” the department said.

“However, what was considered cheeky messaging on our vitamin D campaign escalated to ribald humour, taking the campaign into graphic areas that were never intended.

“While the campaign had some unexpected results, such as being mentioned in BuzzFeed, we definitely hit our target audience and beyond.

“In fact, the very first sentence in the BuzzFeed article says: “Yukon Health and Social Services is running a campaign to remind people to take their vitamin D.” This is the entire point of the campaign.”

“It can work in your favour or bomb and affect your brand,” she says.

“In this case what they did was they ended up taking it down when it got out of hand.”

Pollard says all brands big and small need to understand they are potentially playing with fire.

“The issues with that is one, they didn’t achieve their objective. Two, the brand might have been effected. Three, they took the campaign down so it was a waste of money,” she says.

“Particularly with small businesses where we really have a limited budget, if we want to change people’s behaviour then humour may not be the way to go,” she says.

“This has been a failure. I don’t think that it has actually made people take their vitamin D tablets because they’re just laughing at it.”