Customer desire for choice varies by time of day 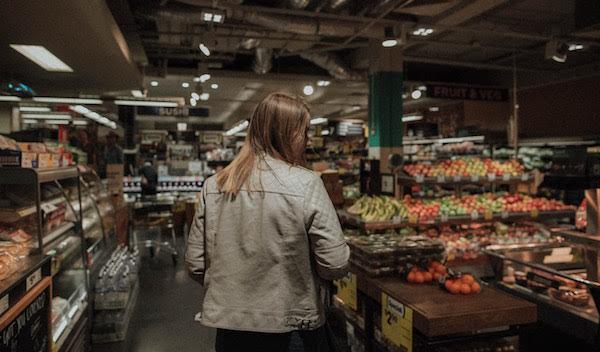 Imagine you are in the supermarket shopping for yoghurt. How many different flavours do buy? According to some new research, your choice may very well depend on what time of day you make the decision.

Understanding the role of choice in our lives is a perplexing one. As consumers we want maximal choice without it overwhelming us. From the perspective of a business, we want enough choice to attract customers without carrying too much inventory.

The role of choice in our lives

When it comes to choice, past research has resulted in some interesting insights.

How desire for choice varies by time of day

In their forthcoming paper, researchers Gullo, Berger, Etkin and Bollinger dive into how the desire for choice varies over the course of a day. They were curious about whether a purchase decision could be different depending on whether it was made in the morning or afternoon.

Hypothesising that changes in circadian rhythms would impact levels of arousal, and therefore decision-making, the researchers analysed the supermarket shopping decisions of over one million American households over 25 months. Using a rewards card to track each household, the researchers found people sought more variety in the afternoon and evening compared to in the morning.

In short, in the morning you might choose two flavours of yogurt, but later in the day you are likely to choose four.

What this means for you

This research is an important illustration of how physiological arousal impacts decision-making. Some of the business implications noted by the research team include:

But, I’m not convinced.

What attracted me to this research was the connection between how we decide and how we feel. Not how we ‘feel’ emotionally, but how our body is making us feel — measured by markers like body temperature and circadian cycles. Rationally, if our intellectual self was in charge like economists assume, I should make the same decision at 10am that I would at 2pm, whether it’s Monday or Friday. But you and I know that’s not how things work, right?

In an oft-cited 2011 study by Danziger, Levav & Avnaim-Pesso, mental fatigue has been shown to impact high-stakes courtroom decisions. When fresh, at the start of the day or after a break, judges granted parole 65% of the time. When depleted, at the end of a long day or session, odds dipped below 10%.

The broader takeaway here is that when tired we tend to defer to the status quo, but we are more open to change when our brain is refreshed.

When in the supermarket buying yoghurt, this would see us trialling more varieties when we are fresh (in the morning, before we’ve had to make a lot of decisions) than when we are tired (later in the day).

So how do we square this with the latest variety-seeking research that says people want to narrow their options in the morning, when their circadian rhythms signal they want less stimulation?

Perhaps there’s a piece of the puzzle missing: the perception of effort. So, here’s my thinking on how to pull the research together.

In the morning, when arousal is typically lower but we are less mentally depleted, people perceive choosing variety as requiring more effort. That doesn’t mean making a decision itself requires more effort, but rather, it means we naturally prefer to focus rather than broaden.

If so, people may not necessarily be less likely to trial a new product in the morning, but you would be best not to offer them lots to choose from. Likewise, voters may opt for the incumbent in the morning rather than choosing from a large array, so your role would be to clarify rather than expand options. If you are dealing with a customer, this would mean having a more pointed, focused decision-making discussion rather than one that is more abstract.

Later in the day, when arousal is higher but we may be more depleted, people perceive having to narrow their options as requiring more effort.That means they want a broader, options-oriented discussion. The risk, if you force them to narrow, is they will opt to leave things as they are rather than have to discard options they haven’t yet fully considered.

NOW READ: Consumers more likely to opt for immediate pleasure in the dark