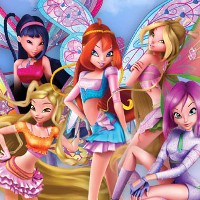 The organisation, Fair Agenda, has started a petition against the Winx Club dolls on its website and on Tuesday took more than 1300 signatures to Myer’s flagship Sydney store to ask the retail giant to take the products off its shelves.

While many retailers are responding to changing attitudes about the promotion of a healthy body image, a Myer spokesperson this morning told SmartCompany it would not be restocking the dolls due to “normal buying turnover”.

Fair Agenda member Mark Chenery started the campaign after shopping in Myer with his four-year-old daughter.

“Today while shopping at Myer I came across a Winx Club doll with legs so skinny they looked like they might snap,” said Chenery on the Fair Agenda campaign website.

“The image on the side of the box portrayed the doll in a seductive pose – as if she was pole dancing,” he said.

“I’m genuinely surprised that a store like Myer would stock such a toy, so as a loyal customer, I’m asking them to remove it from their shelves. Will you join me?”

Chenery said it was hard enough to protect his daughter from a barrage of photo-shopped advertising, without underweight and over-sexualised toys being marketed directly at her in doll form.

“When toys portray women’s bodies so skinny that they appear to be starving, it can send a very dangerous message,” said Chenery.

Renee Carr, spokesperson for Fair Agenda, told SmartCompany there were a number of members who sent messages in support of Chenery’s complaint, including concerned parents and eating disorder organisations.

Myer spokesperson Amanda Buckley told SmartCompany the department store welcomed customer views, but its stores were now “practically sold out” of the dolls.

“The dolls are based on characters from an animated fantasy kids’ program on TV,” says Buckley.

She said Myer currently has limited stocks of the toy and had made the decisions months ago not to phase out the toys through its normal buying inventory.

“I guess [Fair Agenda] were making a broader point about young people’s body image, a point that is a valid concern. On this occasion [the dolls are] based on a fairy and other supernatural beings.”

While Carr says Fair Agenda are happy to hear the dolls will not be restocked, the group is disappointed with Myer’s communication to the group.

“We’d been in contact with Myer for a number of weeks and this wasn’t information they shared with us,” says Carr

Michelle Gamble, chief executive of Marketing Angels, told SmartCompany there has been an increase in organisations using the petition method to voice their concerns with companies.

“With social media it’s now so easy to spread your message and get support for your campaign and organise support,” says Gamble.

Carr agrees. “There is a rising tide of consumers getting organised. Any business still stocking Winx Dolls would smart to take them off the shelves,” she says.

Gamble says the best thing a business can do when faced with a petition from a customer is not to ignore it.

“Address it and address it quickly,” says Gamble. “If [customers] are going to take the time to publish a story on social media and start a campaign, well where there’s smoke, there’s fire.”

Gamble says businesses should listen to customers and find out why people are offended or upset.

“They need to be wary there is a rising backlash against unrealistic and manipulated images of women’s bodies,” she says.

Gamble says a business would do well to embrace consumer sentiment on the image of body issue.

“The brands that are doing well right now are those that celebrate diversity, like Dove,” she says.