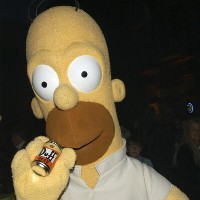 Australians will no longer be able to crack open a cold Duff Beer, after the alcohol advertising watchdog ruled the product was likely to appeal to children and teenagers.

A spokesperson for Woolworths told SmartCompany this morning the retail giant had received pre-vetter approval for its Duff Beef advertisements in March, ahead of the official launch of The Simpsons-inspired product in May.

The beer had been brewed in the US under Woolworths’ division Pinnacle Liquor Group, through an official license deal with Twentieth Century Fox, and sold in BWS and Dan Murphy’s outlets.

However, the Alcohol Policy Coalition filed a complaint with the adjudication panel of Alcohol Beverages Advertising Code, arguing the beer’s packaging and online advertising had a “strong and evident appeal to children and/or adolescents”.

In response to the complaint, Woolworths told the panel the name “Duff Beer” and the advertising taglines “The official Duff beer” and “Duff beer, really here at last” do not appeal directly to children or adolescents, the advertisements do not include references to The Simpsons television series or characters, and there is no depiction of alcohol use in the advertisements.

But the panel ruled in the Coalition’s favour, finding the Duff product name and packaging “is entirely associated with The Simpsons”, a television program which appeals to many sectors of the community, including children and adolescents.

In forming its opinion, the panel relied on a previous Federal Court judgment against the South Australian Brewing Corporation and Lion Nathan, which attempted to sell unauthorised Duff beer in Australia in the 1990s in a bid to trade on the beer’s association with The Simpsons.

During that case, Simpsons creator Matt Groening himself said licensing a beer called Duff “might encourage children to drink alcohol”.

The spokesperson for Woolworths Liquor Group says the retailer respects the decision by the ABAC and will discontinue the Duff Beer stock.

Brian Walker, chief executive of the Retail Doctor Group, told SmartCompany it is “curious that Woolworths would even attempt” to sell Duff Beer.

Walker says the issue when advertising a product such as alcohol is “always of the consumers’ capacity to act independently and make rational decisions”.

“Children are not at that point and many can be easily influenced,” he says.

But Walker says this case also highlights the connections consumers can form to brands or products that have some form of endorsement by a celebrity or association with a film or television series.

“In more and more complex times … consumers move to more established brands and the values they represent,” says Walker.

“Values are at the heart of this. If an endorsement is aligned with the brand values and makes sense to the consumer, that’s the holy grail. But when a brand is not in alignment with values, it doesn’t make sense.”

Walker says brands such as Duff Beef are built on “classic stereotypes and role emulations”.

“Take the large attraction to David Beckham as a brand and all the attributes he represents. The same associations apply to what Homer Simpson represents: a couch potato who eats donuts and drinks beer.”