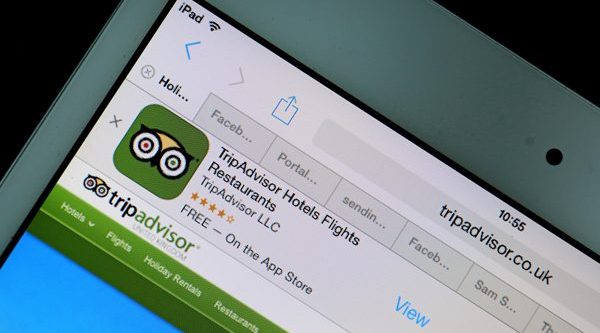 A negative online review can be bad news for your business, but a café in Stockport, England, has embraced one negative review in a clever way to attract more customers.

Nook Neighbourhood Coffee has 31 out of 45 excellent reviews on TripAdvisor, but it’s one “terrible” review that’s attracting customers in droves.

A customer by the name of dodd18 left a review in February this year, complaining about a breakfast order of two coffees and two bowls of porridge. The customer claimed the porridge was “tepid and undercooked”, and remained so even after they requested a fresh bowl from the kitchen.

“Very disappointing. I cannot understand how the porridge could leave the kitchen a second time undercooked,” they wrote.

Rather than get downtrodden over the rough review, Nook used it to attract porridge-loving customers to the restaurant, using a clever chalkboard.

The image was initially tweeted by English stand-up comedian Justin Moorhouse, who said the café had “excellent chalkboard skills”.

It’s not the first time Nook has greeted customers with these skills, with one chalkboard sign displayed on its Twitter page simply stating: “something witty and thought-provoking (that’s what the boss told me to write on the chalkboard)”.

It’s also not the first time the cafe has used negative reviews to entice customers, with Unilad reporting a previous sign said: “Come into our cafe that Gary from TripAdvisor said was ‘small and cramped’. We’re called Nook, for a reason Gary. (We don’t really know what you were expecting)”.

Since Moorhouse’s tweet, Nook has been in the spotlight over for both its chalkboard skills and its porridge, with manager Arlo Calderbank telling the Manchester Evening News the signs have “really taken off”.

“The customers have been loving the signs. They’ve been telling us how funny they are,” Calderbank said.

“I’m gobsmacked about the amount of shares and reaction the sign has had on social media. I do like the little quirky drawings the staff sometimes do, but so far this one has beaten them all for reaction. All the staff are gobsmacked about it too.”

The café has been receiving so many customers its most recent chalkboard simply reads “Stop ordering porridge”.

Closer to home, celebrity chef Adriano Zumbo employed similar tactics with the launch of his Zumbo kiosk in Melbourne in 2014. Prior to the store’s opening, the launch site was adorned with some of Zumbo’s best bad reviews.

“I honestly hate your macarons and all that other rubbish stuff you create. By the way get some hair while you’re at it,” said one of the reviews plastered across the site’s location.

Nicole Reaney, director at InsideOut PR, told SmartCompany Nook is likely hoping to create “viral spread through its unexpected and original response to a bad review”.

“This type of publicity creates curiosity with a certain demographic of consumer who will love the brand for it, and be keen to experience it,” Reaney says.

However, Reaney says businesses that want to emulate the café’s success should be careful, as some could experience fallout. She advises businesses should consider what they stand for, and the “key clientele or customer group”.

“There is no doubt that this kind of reaction will offend a certain pocket of consumer, and if you’re ok with that and that pocket is not your core business, then this is the right kind of strategy for you,” she says.

Nook did respond directly to the negative review on TripAdvisor by saying: “We are sorry to hear about your recent experience with your food order at Nook. All of the team are thoroughly trained, so it’s disappointing to hear that you received your food at a ‘tepid’ temperature”.

Reaney says responding to negative feedback is a good move but businesses shouldn’t make it a big deal about it.

“If you do have a negative review and you do want to address it, it’s safer for most brands to approach the issue directly with that consumer, rather than creating a social media event,” she says.