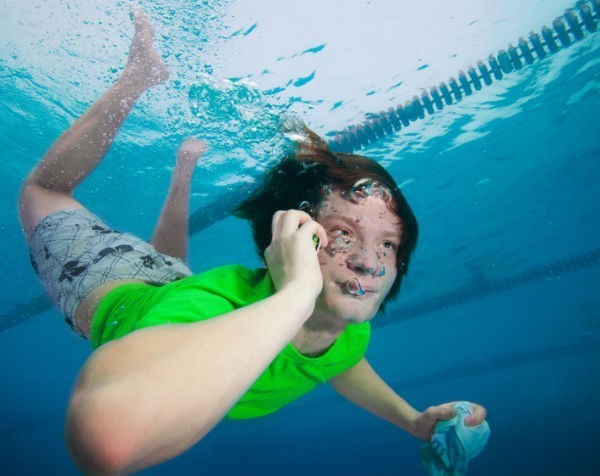 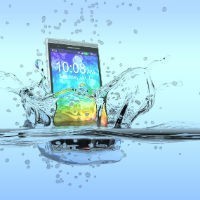 The Australian Competition and Consumer Commission has issued a warning to mobile retailers, saying it is keeping a close eye on retailers potentially making misleading claims when advertising “waterproof” mobile phones.

The crackdown follows a number of complaints fielded by the consumer watchdog and Telecommunications Industry Ombudsman about mobile phones that are advertised as being “waterproof” or “water resistant” when the devices are not completely waterproof.

ACCC chairman Rod Sims outlined his concerns about potentially misleading claims as part of a broad-ranging discussion about communications affordability and the role of efficient markets during his speech to the Australian Communications Consumer Action Network Conference in Sydney yesterday.

Advertising claims about waterproof mobile phones is an area where both phone manufacturers and retailers can improve compliance, Sims said.

“Some of you may have seen representations by some phone manufacturers or retailers that a mobile phone handset is waterproof or water resistant,” Sims said.

“Some include pictures of phones being used in or around pools.”

“Consumers have complained that after using their phone in or near water, their phone no longer worked.”

Sims warned retailers that rely on fine print to qualify their claims should be careful.

“While retailers have pointed to small print which states what ‘waterproof’ or ‘water resistant’ means – and more importantly, what it doesn’t mean –  we are concerned that these qualifications were not very clear,” Sims said.

“We are also concerned that consumers may have been denied their rights under the consumer guarantees of the Australian Consumer Law (ACL) after their device stopped working because of water-related damage.”

Sims said the companies concerned are “on notice”.

“(We) will be watching to make sure any future representations that are made about waterproof phones are accurate,” he said.

Alistair Little, a commercial lawyer and partner at TressCox Lawyers, told SmartCompany it is important the overall impression of an ad is consistent for consumers.

“If an impression given by an ad when it’s first looked at or first heard cannot be overcome by the fine print, then the advertisement will be taken to be misleading,” Little says.

“If they say this phone is waterproof and it means water resistant, and couldn’t cope with being dropped to bottom of swimming pool… it really is not waterproof.”

Little says businesses could run into trouble unless an equal level of prominence is given to the “true position” of the ad, which included the fine print as well as the main “headline statement”.

“The important thing is, what is the headline statement you are making for the consumer who might not have time to read the fine print?” he says.

Little says the same issue has previously been played out in other industries, citing the particularly “hard fought” battles between battery companies Duracell and Eveready, which took each other on because of claims about battery length.

“In those cases it has become apparent fine print statements really are contrary to headline representations,” he says.

“You have to look at the whole of the advertisement.”

Little says the ACCC’s willingness to flag this industry as one for increased scrutiny is a “sensible way of heading off” the problem to avoid having to potentially prosecute breaches of consumer law.

“It’s a sensible idea on part of ACCC to raise the issue, to make sure the consumer understands what the situation is. It’s likely to have the effect of toning down representations in advertisements,” he says.

Little says the key message for SMEs in this space is that fine print is not a “cure all”.

“Look at the overall impression that consumer will get from an ad,” he says.

“Don’t expect consumers to read all the details … you need to look at overall impression of ad, and make sure is it correct.”