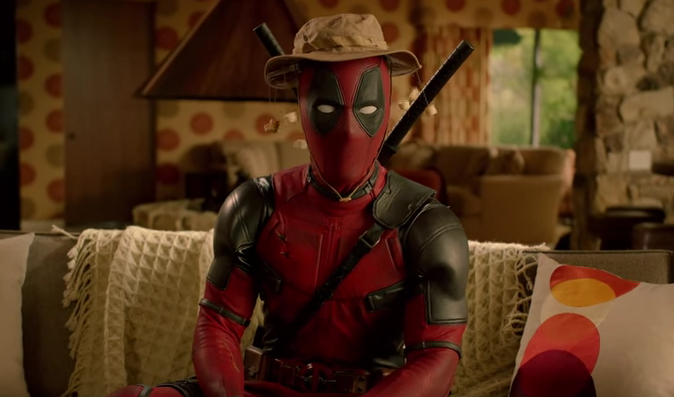 Hollywood has long been a source of marketing inspiration for businesses – even those outside of the entertainment industries.

After all, selling goods and services often comes down to telling a great story.

Read more: Netflix’s House of Cards and the marketing genius that is #FU2016

So what can your business learn from the latest film to take the box office by storm, Deadpool?

The film, which stars Ryan Reynolds in the title role, grossed US$132 million ($184 million) during its opening weekend in the US alone, more than double its budget of US$58 million.

So what did the markers of the film do right and what can your brand learn from their example?

Here’s four lessons for your business.

1. Stay true to your brand

Deadpool is based on the minor character Wade Wilson (aka Deadpool) in the Marvel superhero franchise.

The makers of the film were faced with the choice of keeping the Deadpool character true to the original comic book version to get die-hard fans onboard, or making the character more family-friendly and therefore appealing to a wider audience.

As Inc reports, the filmmakers chose the former option and committed to making a film those die-hard fans would love.

But this choice meant the film would have an R-rating, instead of a more family-friendly classification given Deadpool’s adult-only content.

Even Reynolds himself has said the fans are responsible for getting the film made, which is something he has been working at for 11 years, according to Business Insider.

“You guys, the internet, fans, you guys made the studio do this,” he said.

“You bent their aims behind their backs, twisted their frigging necks and here we are.”

2. Learn from past mistakes

Getting Deadpool’s costume right was another essential element in making sure the film didn’t receive the same reaction as the character’s cinematic debut in 2009.

As CMO Essentials explains, the Deadpool character featured in the 2009 film X-Men Origins: Wolverine but without a costume and little speaking time: “In short, they killed Deadpool.”

In an interview with Entertainment Weekly, head of domestic marketing at 20th Century Fox Marc Winstock said from the outset, the makers of Deadpool had this core fan base in mind.

“They had two big fears,” he said.

“One was the costume, and two was the R-rating. If they didn’t get the costume right, they knew that this was trouble, and if it wasn’t R-rated, they would say, ‘This isn’t Deadpool. This is some abomination.’”

3. Get an influencer on board who is committed and up for anything

Influencer marketing is becoming an increasingly important way for brands to get their message to their audience and the Deadpool marketing team’s decision to place Reynolds at the heart of the film’s marketing is an example of how powerful this kind of marketing can be.

Keeping those die-hard fans in mind, the marketing team concentrated their efforts on using Reynolds to convince potential filmgoers the movie was for them.

According to Weinstock, this included “full days of shoots” for promotional content. He even took part in a mock celebrity interview with Mario Lopez on whether the film would have a PG-13 rating.

“Ryan was a huge partner in this,” he said.

Marketing an R-rated film give the marketing team permission to be bold, according to Weinstock.

“We knew it wasn’t like, ‘How are we going to get every single person all at once, all audiences’,” he said.

“Because we’re R-rated, we can’t get teenagers, so how do we get a bunch of adults?”

One of the billboards for the film featured only emojis and letters – a skull emoji, a ‘poo’ emoji and the letter L – while other ads portrayed the movie as a romantic comedy.

According to Forbes, the marketing for the film in the month preceding the release was ubiquitous, with Deadpool marketing material showing up in random television spots, on dating app Tinder and even the Super Bowl.

And Deadpool even had a message for Australian fans in this Australia Day video.

“Most marketing campaigns don’t give audiences credit for being all that intelligent or open-minded, but the campaign for Deadpool didn’t hold back, taking the stance that fans who embraced the campaign would get the weirdness of the character himself (and hence, the movie) and those who didn’t never would,” said Forbes writer Alisha Grauso.