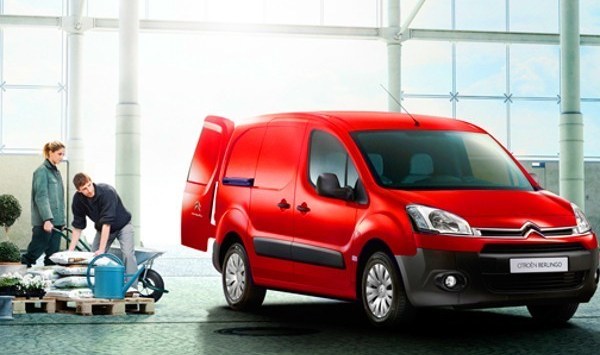 Citroen Australia has been forced to pull one of its advertisements after the Advertising Standard Board upheld a complaint against a radio ad that beeped out repeated uses of the word f-cking.

But while the advertising watchdog found the language in the ad was “inappropriate and obscene”, Citroen responded to the complaint by providing a list of other words starting with the letter f and ending in “ing” which it said some listeners could have heard instead of a swear word.

The two 30-second ads in question are both advertising the Citroen Berlingo Van. The ads describe an offer for the van by using sound effects that relate to jobs of a number of categories of workers and small business owners, including the sound of a hammer used by a builder, the sound of a lawnmower used by a gardener and the sound of a dog barking to represent dog groomers.

However, one complainant told the Advertising Standards Board each category of workers mentioned in the ad was introduced with the word “f—ken with the ‘uc’ letters/sound having a noise over the top of it”.

“It is very clear what is being said and I am glad we didn’t have kids in the car. I was shocked that the radio station would allow this advert to be played during the day and school holidays. But basically I feel it should be taken off the air immediately.”

Another complainant said it was “blatantly obvious that they were using the F word to grab attention”.

“You could basically hear the whole word,” they told the Ad Standards Board.

“How is that any better than just saying the real world? Kids that are listening would know exactly what is being insinuated. It is a bogan attempt to try and relate to tradesman who may not speak like that anyway.”

“I don’t know what the laws are on swear words in advertising but I can’t see how this is acceptable. Are the standards dropping? These sorts of ads seem to be becoming more common.”

But Citroen denied there were any “profanities” scripted in the ads and said “if an inference of a word can be made from the audible sounds this is not of itself evidence of a breach” of the advertising code of conduct.

Instead, Citroen said there are “many words in the English dictionary that start and end with the same sounds and letters” and “whilst some may be strong or obscene a great many are not”.

The car brand than provided the board with a list of possible alternative words and their definition, including “freaking”, “firking”, “forking”, “flaking”, “frisking”, “flaming” and “fleeting”.

“We have endeavoured to create an advertisement that is bold and memorable but we have also ensured that it is in line with all legal standards and codes.”

But the Ad Standards Board disagreed, ruling the words in the ads were “not sufficiently bleeped out and the inference to a strong swear word is clear and the repetition ultimately attracts the attention of the listener more so”.

The board said most members of the community would consider the terms f-ck or f-cked as “inappropriate and obscene” and therefore the “the inferred words as well as the repetitive nature of the advertisement makes this inappropriate in the circumstances”.

Citroen responded to the board’s ruling by replacing the ad with a revised version.

Janey Paton, director of marketing and public relations agency Belles and Whistles, told SmartCompany while the ad is clearly targeted at a “blue collar” market and is an attempt to be humorous, it surprises her to see a brand like Citroen use explicit language “when it is clearly going to get ruled out and there are going to be complaints”.

Paton says as both a marketing professional and a mother, advertising that uses explicit language “doesn’t enhance the brand image in my mind” and it is a not a strategy that she would recommend other advertisers use.

“Now they have had to go back and re-execute [the ad] with appropriate language and it may not be as humourous as before or have the same results.”

Paton says small businesses should also be aware that advertising through mass market mediums like radio will often mean that commercials reach a much larger intended audience.

“Something like the radio is generally a mass market medium,” Paton says.

“So unless it was on a station that clearly targets blue collar workers, which doesn’t exist, it is not a well-thought out strategy.”

SmartCompany contacted Citroen Australia but a response was not available prior to publication.