Small business owners were left scratching their heads yesterday after online traffic dropped off a cliff amid a purported “glitch” in Google’s search algorithm.

Initially thought to be an unannounced change to Google’s algorithm, the US-based company took to Twitter overnight to confirm it had “mitigated” an issue with its indexing systems.

“On Monday we detected an issue with our indexing systems that affected Google search results,” Google Webmasters said.

“Once the issue was identified, it was promptly fixed by our Site Reliability Engineers and by now it has been mitigated.”

Search Engine Optimisation (SEO) agents began reporting the issues yesterday, amid reports larger brands began experiencing an increase in search traffic at the expense of smaller companies, although the opposite has also occurred in some circumstances.

On Monday we detected an issue with our indexing systems that affected Google search results. Once the issue was identified, it was promptly fixed by our Site Reliability Engineers and by now it has been mitigated.
Thank you for your patience!

“Many of our enterprise clients were suddenly ranking multiple times for the same query, kicking off a lot of affiliates and other businesses, while on the flip side, we had some micro-businesses shoot up and outrank prestigious medical blogs,” Sanders tells SmartCompany.

It may not have even been a glitch either, Sanders explains Google may have been undertaking a test. 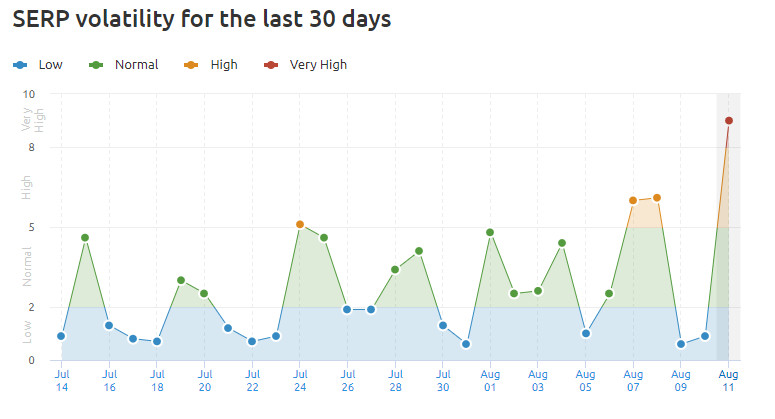 Bug or not, the incident underscores Google’s influence on the flow of international web traffic to businesses and the capacity for unforeseen changes to create adverse outcomes.

A whopping 19.2 million Australians use Google’s search services every month, accounting for about 10% of the share of time Australians spend online, according to Australian Competition and Consumer Commission research.

Don’t oversimplify search for it’s not simple at all: thousands of interconnected systems working together to provide users high quality and relevant results. Throw a grain of sand in the machinery and we have an outage like yesterday.

The multinational technology company has updated its search algorithm thousands of times in recent years, according to an online repository of confirmed and unconfirmed changes compiled by Moz.

These changes often occur without any consultation or notice, an issue parsed over by the ACCC in its recent digital platforms report.

NOW READ: When is a Google review considered defamatory?