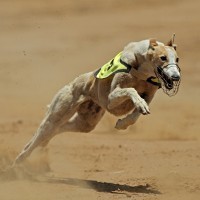 One of greyhound racing’s biggest sponsors has pulled its sponsorship following the live baiting scandal exposed in this week’s Four Corners investigation.

Macro Meats Gourmet Game has pulled its sponsorship from all greyhound racing in Australia.

The meat company was the largest sponsor of South Australian racing last year and has had long associations with greyhound racing in Queensland, New South Wales and Victoria.

Managing director Ray Borda told Fairfax he was sickened by the activities exposed in the television program.

“It’s not just a business decision, it’s a personal decision,” he said.

“I’m as appalled as everybody else. A clear message has to be put through that change has to occur.

Borda said Macro Meats was associated with the greyhounds “as a good family sport” and once it changed from that, it was pulling its sponsorship.

“You never say never,” he said.

In further fallout from the scandal the entire board of Greyhound Racing NSW has been dismissed.

“Of all the companies you would think that would not want to be associated with it would be a company that basically sells dead animal meat,” she says.

“I’m not sure about the sponsorship there in the first place from brand association.”

Hogan says she would be surprised if there are not other greyhound racing sponsors who are looking at whether to pull the pin on their association.

She says sponsorship involves a trade which businesses have to look at carefully.

“Greyhound racing is getting dollars from Macro Meats and Macro Meats is in exchange getting profile and exposure,” she says.

But after the live baiting scandal the balance in that trade is no longer there.

“The exposure is now a negative so the trade has become inequitable,” Hogan says.

But Hogan says while “everyone has gone ballistic” over the scandal, the industry can recover.

“Things die down and move on,” she says.

“The greyhound industry seems to be fairly aggressively taking steps to limit the long-term damage, like firing the board. These things have a shelf life.”

SmartCompany contacted Borda and Macro Meats for comment but did not receive a response prior to publication.