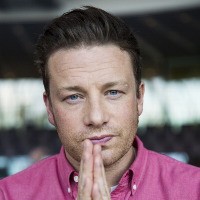 Vegetable growers are calling on the competition watchdog to investigate the behaviour of Woolworths after the supermarket giant sought contributions from its suppliers to fund its Jamie Oliver marketing campaign.

The push comes in the wake of recent action taken by the Australian Competition and Consumer Commission to investigate claims the big supermarkets have used bullying tactics on their suppliers.

AUSVEG, Australia’s peak body for vegetable growers, says Woolworths has demanded hundreds of thousands of dollars from individual growers around Australia to fund the campaign fronted by the popular English chef in the form of a 40c per crate charge, in addition to levies already paid by growers to cover marketing costs.

William Churchill, acting CEO of AUSVEG, told SmartCompany growers received an email in May urging them to pay contributions towards the Jamie Oliver fresh produce marketing campaign and were given only a window of one week to opt in.

“After that one week expired, growers were then pressured with questions like, ‘Why haven’t you signed up? How soon can you join the campaign?’” says Churchill.

AUSVEG says growers are frightened they may be blacklisted and start to receive fewer orders for produce if they do not comply with the requests to fund the campaign.

However, Woolworths has released a statement saying the contribution was entirely voluntary.

“Around half our suppliers chose to work with us on the campaign which benefits the whole fruit and vegetable industry and… participating growers are paying less than 2% of the cost of a case of produce,” said the company.

A Woolworths spokesperson told SmartCompany many growers were happy to contribute to the campaign.

One of these suppliers, Sydney-based Hydro Produce, told SmartCompany it supported the request from Woolworths.

“Our business has a strong belief in the advertising and promoting of fresh fruit and vegetables,” Hydro Produce senior manager Tony D’Orria told SmartCompany.

“We have always been given the opportunity to negotiate an amount that we can afford and, if necessary, a mutual payment plan,” says D’Orria.

Churchill says growers already pay a 2.5% to 5% fee to help Woolworths market and promote their produce and while Woolworths asserts this new charge is less than 2% of production, Churchill says that 2% is in fact 50% of a grower’s profitability.

“Forty cents is very significant when you’re making such fine margins,” he says.

Churchill says the levy will mean growers will put less money away for a rainy day and will open them up to more financial risk in the event of a natural disaster or a bad crop.

“In many instances, growers see it as a fine to keep their business [with Woolworths],” he says.

Churchill says growers want to know the return on investment for the campaign, how the additional levy money will be spent and how the new program will be budgeted.