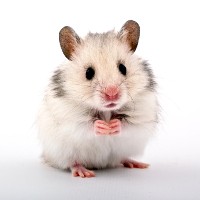 Pizza Hut has been forced to publicly apologise after one of its Melbourne franchises offered “one free small animal” to customers who purchase 10 pizzas.

The Pizza Hut franchise in Mt Waverley promoted the offer, which was run in conjunction with a local pet store, Pets Story, until a social media backlash forced the company to remove the poster containing the offer.

The backlash was led by animal rights group Oscar’s Law, which encouraged individuals to post their outrage on the Pizza Hut Australia Facebook page after visiting the store and asking for the promotion to be stopped.

Pizza Hut Australia responded to the furore on Monday evening, posting a statement on its Facebook page and apologising for the “to anyone who was offended by … this thoughtless promotion”.

“It has come to our attention that one of our stores have recently been running a promotion which was not approved by Pizza Hut Australia, nor was condoned in any circumstances,” said Pizza Hut.

“The poster has since been taken down and all those involved have been made aware of the severity and inappropriateness of the promotion. We would like to thank Oscar’s Law and all those who have brought this to our attention.”

“We … would like to reassure you all that this matter is being seriously dealt with.”

In a follow-up comment, Pizza Hut said it had confirmed that no animals had actually been given away during the promotion.

“We know that this doesn’t fix anything but it is good news that we were very glad to receive nonetheless,” said the company.

Marketing expert Michelle Gamble, of Marketing Angels, told SmartCompany companies should never give away animals to unknown individuals, “especially when you don’t know how responsible they are”.

“Someone must have had a brain explosion at the franchise,” says Gamble.

“It’s just a bit stomach-churning … the association of food with animals – it’s a really reckless offer.”

Gamble says franchisees should trust the marketing strategy of their franchisor instead of coming up with risky individual promotions.

“When you buy a franchise, you buy into a brand and its marketing structure. A lot of money has been spent investing in what works and what doesn’t.”

Gamble says it is likely many consumers do not realise how the franchise structure works and therefore there is risk of damage to the overall Pizza Hut brand as a result of the incident. The same applies when people post their complaints about an individual franchise on the franchisor’s Facebook page, as is the case with Pizza Hut.

“There is always tension between franchisees and franchisors when it comes to marketing,” says Gamble.

“Franchisees are very limited by strict control and for good reason. Anything that hurts them can hurt the entire brand … Their colleagues could be damaged by that kind of activity.”