How effective are native ads? 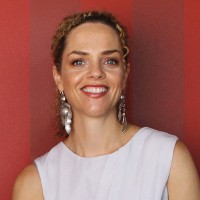 Native advertising is a new way to grow exposure and capture consumer attention for your brand.

It’s the hottest marketing strategy used by brands today to seamlessly integrate a marketing message or ads with the content, format, and style of an online website or service. It’s presented as sponsored content or in-feed promotion that’s more informative, entertaining and shareable compared to traditional advertising.

Native ads are not hard to spot as they are clearly marked as “sponsored” or “paid”. You’ll find them across social media, content portals, news properties, video-sharing sites and streaming services.

Recommendation widgets – e.g. News.com.au “From Around the Network”

A bright future ahead for publishers and brands

Recent report released by the International Advertising Bureau (IAB) highlighted a promising future for this new marketing tactic. IAB revealed the estimated worth of the native ad industry reached $US331 million in 2014, and could become a billion-dollar industry in the not-so-distant future.

Just so you have an idea: US-based internet news media company BuzzFeed is believed to have earned more than $US120 million in native advertising fees last year. Whilst New York Times disclosed that around 10% of their digital ad revenue in 2014, which is approximately $US182.2 million, came from paid posts.

Locally, we’re also seeing growth in the same category. Frost and Sullivan confirmed in November that the native advertising industry in Australia has enjoyed growth thanks to the increased range of offerings from publishers.

So far some of the brands/advertisers we’ve seen utilising native ads are the NSW Government, Telstra, Zurich, Commonwealth Bank, and Nissan. When Yahoo7 launched its native ad in-feed advertising platform last month, over 200 Australian brands were reported to have come on board and more are expected to follow suit.

Native advertising is not exactly a new concept. Infomercials and advertorials are both considered as early versions of native advertising. But the format has since evolved to something new and useful. Now native ads are designed to be creative, ‘subtle’, and less-in-your-face advertising, making them more appealing to the target audience.

Here are the benefits of native advertising:

Native advertising is no doubt an exciting new medium for brands to explore. For your campaign to be effective, you should have a clear idea of your content objectives. Are you pushing for brand awareness? Are you changing the audience perception of your brand? You must also ensure your content is relevant to your brand and its tone consistent with that of the publication.