Ignore framing at your peril 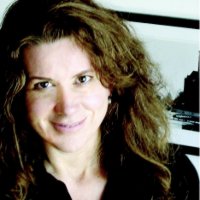 I’ve been having a lot of conversations of late about messaging. The way an organisation talks about itself can be a morass of impenetrable jargon or a clear engaging message – and of course there are degrees in between.

What I often run into in these conversations is what I’ve come to think of as the ‘frame but…’ model. I first wrote about framing here in 2011.

All words have frames. When you hear many terms a virtual war and peace of association and assumption activates in your head. Usually before you know it. And once that has happened, it gets harder and harder to shift that thinking.

It’s the reason that new thinking usually needs new language. Unless the frame you are using works in your favour, tells the story you want to be associated with, using a frame can have the opposite of the intended effect.

And here is where ‘frame x but…’ comes in.

As soon as you use the frame you might as well not add the ‘but’ because no one will hear it.

Master social and political commentator George Lakoff, in his book Don’t Think of an Elephant tells the story of Richard Nixon. Nixon, when trying to make the case for his innocence, stated “I am not a crook”. The framing that people have for the word crook was so strong he may as well have just left the ‘not’ unuttered.

I’d be shocked if you haven’t seen this play out in your own organisation.

I have even been guilty of it in the past when I used to say “brand is not marketing”. The strength of the association between the words brand and marketing in people’s minds almost guarantees that the ‘not’ was lost in the ether, completely negating the intent of the message.

Framing can, however, work in your favour. A ‘frame and…’ model can be a great short cut in a message where you want to use a common understanding and build on it. The message I use today is “brand is the result of the promises you keep”. In this case the brand frame is left alone and the addition of the idea of promises helps to expand it to include something new rather than embedding the existing assocation.

Like nearly everything I talk about, this isn’t easy to do. It takes work and a level of conscious and deliberate exploration of how to talk about your organisation (and/or products or services) and the best language to achieve that.

And it’s worth spending that time. A really important part of building a brand is talking about who you are in a clear and accessible way. So don’t inadvertently undermine the effectiveness of your messages due to errant frames!

Two great books to read that will help you understand the concept of framing and how to use it in your favour are:

If you have any examples of framing please share them in the comments section.