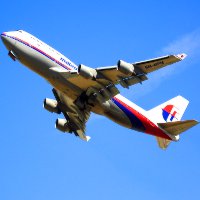 A Victoria-based insurance firm has apologised for trying to promote its business in the wake of the Malaysia Airlines tragedy last Friday.

The ad appeared at the top of searches for Malaysia Airlines, after Malaysia Airlines flight MH17 en route from Amsterdam to Kuala Lumpur was shot down over eastern Ukraine, claiming the lives of 298 passengers and crew.

It has since been confirmed 37 Australians were on board the flight.

Fairfax reports the Lisa Group website also featured a similar promotion, which has since been removed.

“What a tragedy! Up to 27 Australians were among 298 people on board a Malaysia Airlines passenger jet which was shot down over Ukraine with the loss of all on board. Is it another sign to consider life insurance? #PrayForMH17,” said the message.

SmartCompany contacted Lisa Group but did not receive a response prior to publication.

Warren Lazarus, director of Lisa Group, told Fairfax he was “flabbergasted” to discover the overseas business which Lisa Group uses for search engine and website marketing had authorised the advertisements.

“As soon as I found out, I told them to remove it immediately,” said Lazarus, who told Fairfax he estimates the ads were shown for around 15 minutes before he was informed about them by clients.

“We apologise for any distress caused,” he said.

Michelle Gamble from Marketing Angels describes the advertising as “an incredibly insensitive thing to do”.

“[Lisa Group] has obviously received a lot of negative press and PR as a result,” Gamble told SmartCompany.

Gamble also questions the company’s decision to deflect blame for the incident to its outsourced marketing agency. “I don’t think that carries a lot of weight to be honest,” says Gamble.

“As a business owner, ultimately the buck stops with you. Even if you do have an outsourced marketing company, you share the responsibility for any messages going out to market,” she says.

“Just because you outsource, it doesn’t mean you don’t share equal responsibility.”

Gamble says while many companies try to take advantage of the news cycle, engaging in what is called “news jacking”, but it should never be done when a tragedy has taken place.