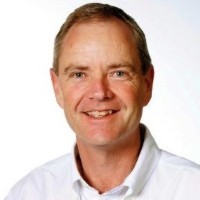 An Australian company that has been operating for 25 years has become one of the unexpected victims of Middle East-based terrorist group the Islamic State.

Several employees of ISIS Group Australia have received abuse from members of the public who believe the business is linked to the Islamic State, which has previously been referred to as ISIS.

There are currently calls for media organisations to stop referring to the group as ISIS, which is the name of an Egyptian goddess and a symbol of magic and life. Isis is also used as a first name.

Islamic State is also referred to as ISIL and IS.

ISIS Group Australia specialises in commercial office fit-outs and refurbishments. The company has offices in all Australian states and territories, employs more than 350 people and turns over close to $500 million annually.

News Corp reports six ISIS Australia employees have been abused as “terrorists” by individuals and abusive messages were left on the company’s phone line.

ISIS Australia chief executive Michael Barnes told SmartCompany the case of mistaken identity is upsetting as the ISIS Australia name “carries a lot of heritage and stands for quality and delivery in the construction market”.

“We are upset that what we stand for is becoming eroded by the Islamic State,” said Barnes.

“We take the safety and wellbeing of our workers and subcontractors very seriously and are being proactive in managing any potential for negativity from ill-informed members of the public.”

“In recent weeks we have instructed our workers to stop wearing ISIS-branded clothing and are also in the process of scaling back on-site branding to limit attention from misinformed people and ensure the safety of our employees.”

But Barnes says no decision has been made as to whether the company will change its name.

“We will continue to monitor how our clients, staff, consultants and subcontractors feel about perceptions around our name and react accordingly,” he says.

Independent brand analyst Michel Hogan told SmartCompany any consideration of changing the company’s name is likely to be premature.

“The whole situation in the media and the current furore around Islamic State, they can’t do anything about that,” says Hogan.

“So see how this plays out. Right now they are in the eye of the storm. I wouldn’t be jumping to change the name … I’d be concerned with any knee-jerk, over-reaction.”

Hogan says introducing temporary measures to ensure the safety of its employees is a smart move on behalf of ISIS Australia and making sure staff are supported internally should be the company’s number one priority.

But Hogan says if it continues to be “a real issue” for the company and begins to affect customers and create a competitive disadvantage, it could be worthwhile considering changing the company name down the track.

“A name is just a name and even after 25 years they could probably transition to a new name quite smoothly,” she says.

“But changing a name is never cheap, the cost is enormous.”