Loyalty programs may be the key in attracting Millennials: report 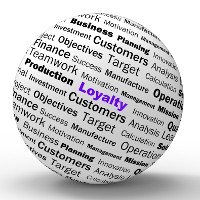 Long reviled as the most unreliable and transient generation, it turns out that Millennials may value loyalty more than any other demographic—as long as it gets them discounts and incentives.

A report released this month by American loyalty program designer Bond Brand Loyalty says Gen Y are among the biggest fans of such marketing strategies, with 37% of young respondents saying any sense of brand loyalty requires an incentive program.

According to the study, Millennials will change their buying patterns depending on the different incentives offered by loyalty programs, with 68% of respondents saying they switch what shops they purchase from based on what rewards are on offer and 60% saying they will switch brands entirely if the pitch is good enough.

Across all age demographics, Americans are enrolled in an average of 10.4 loyalty programs each, although they may only engage frequently with 70% of them.

In a similar story in Australia, with a 2013 study finding 88% of Australian consumers aged over 16 belong to a loyalty program.

The study found 80% of consumers buy more from businesses whose programs they are a member of, and are more likely to buy from businesses that have a loyalty program versus those which don’t.

Independent brand analyst Michel Hogan told SmartCompany the term loyalty is a bit misleading – often it’s all about the rewards.

“I struggle with the name loyalty program because I don’t think loyalty is something you can buy – it’s a frequency program,” says Hogan.

“Loyalty has come to suggest a whole boatload of behaviours that do not necessarily mean loyalty,” she says. “It’s a bit of a misnomer – they should be called rewards programs, because that’s what they are.”

In terms of creating successful loyalty programs, Hogan says the programs need to make sense in terms of the company’s image, they need to be rewards-focused, and they need to drive commercial success.

“The programs have to align with what the company cares about, they have to genuinely be about reward – saying thank you for supporting us and giving us your patronage – and I think they have to in some way drive commercial success for the organisation,” says Hogan.

“Enterprises need to be profitable, otherwise they cease to exist, so if the loyalty program is sending you broke then it’s not a good thing,” she says.